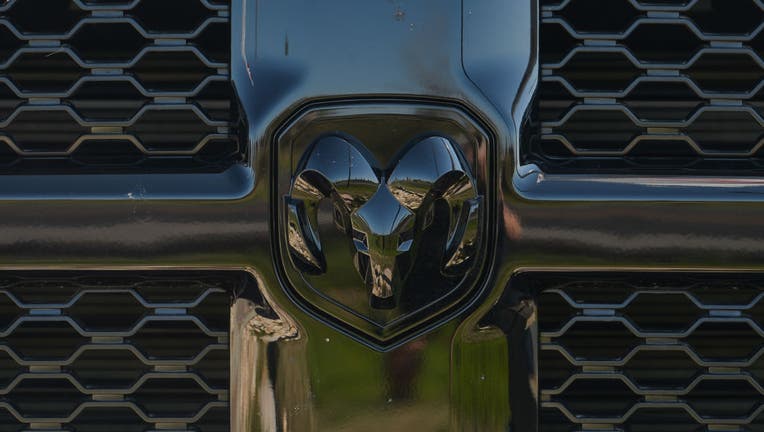 RAM logo seen on a parked RAM truck outside a Chrystler, Jeep, Dodge and RAM dealership in South Edmonton. On Wednesday, 24 August 2021, in Edmonton, Alberta, Canada. (Photo by Artur Widak/NurPhoto via Getty Images)

Ram will voluntarily recall 1.23 million pickups sold in the U.S. due to an issue with their tailgates that could allow them to open while the vehicle is in motion.

Ram said the striker plates for the tailgate latches may be out of alignment, which could prevent their complete closure.

No accidents or injuries are known to be related to the problem, which poses the threat of allowing cargo to spill out of a truck's bed and onto the road.

Approximately 145,965 of the recalled vehicles are estimated to have the problem.

The recall does not apply to the Ram Classic model, which is a previous-generation truck that is still in production, or Ram's equipped with the Multifunction Tailgate option, which is split in the middle and can either be opened down or to the side like a door.

An additional 170,000 trucks sold outside the U.S. will also be recalled.

Notifications will be sent to owners in January, but owners can call the automaker 1-800-853-1403 for more information.

Ram urges owners to make sure they properly secure any cargo in the meantime.

Read more of this story from FOX Business.