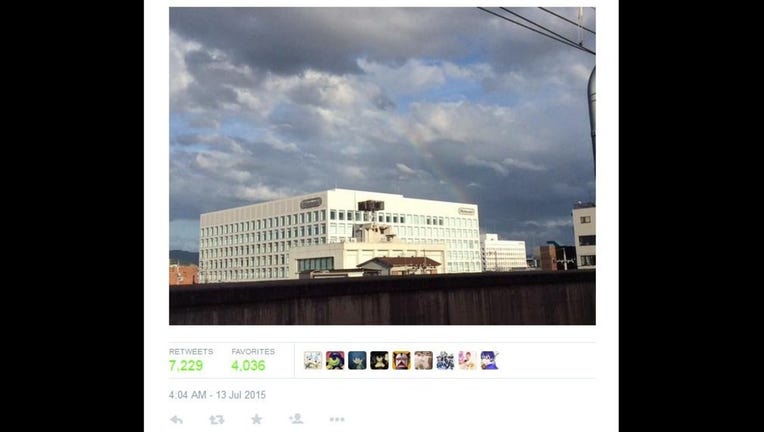 (FOX 11) A rainbow was photographed over Nintendo Headquarters in Japan following the death of Satoru Iwata, who led the Japanese video game company through years of growth with its Pokemon and Super Mario franchises.

Iwata died July 11 of a bile duct tumor, the company said Monday. He was 55.

By the looks of the photo, the weather was partly cloudy in Kyoto -- but Twitter user Kaorin1211 posted this photo of a rainbow apparently spotted in the sky over Nintendo's headquarters.