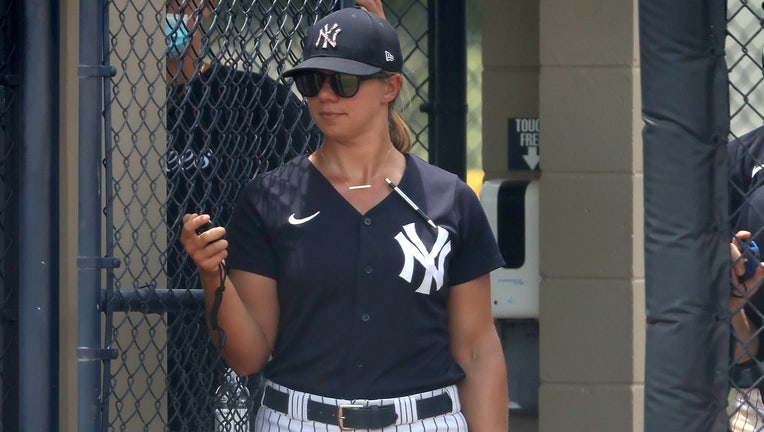 Rachel Balkovec monitors the action on the field during the Florida Complex League (FCL) game between the FCL Blue Jays and the FCL Yankees on June 29, 2021 at the Yankees Minor League Complex, FL. ((Photo by Cliff Welch/Icon Sportswire via Getty Images))

NEW YORK - The New York Yankees are promoting Rachel Balkovec to manager of the Low A Tampa Tarpons, making her the first woman to skipper a team affiliated with Major League Baseball.

The 34-year-old Balkovec joined the Yankees organization as a hitting coach in 2019, making her the first woman with that job full-time in affiliated baseball. She got her first position in pro ball with the St. Louis Cardinals as a minor league strength and conditioning coach in 2012.

She briefly left baseball in 2018 to pursue a second master's degree at Vrije University in the Netherlands, where she also worked with the country's national baseball and softball teams. She then worked for Driveline Baseball, a data-driven baseball center that has trained numerous major leaguers, before being hired by New York.

With the Associated Press.