IMPERIAL COUNTY, Calif. - Questions remain surrounding the maroon Ford Expedition that somehow fit 25 people inside the SUV before it got involved in a deadly crash with a semi-truck.

On Tuesday morning, first responders had to cut out the front passenger seat to rescue the people crammed inside the SUV. The crash killed at least 13 of the 25 people inside the SUV and left several others hospitalized.

Investigators are piecing together how the SUV was able to fit that many people. FOX 11 spoke with Insurance Institute for Highway Safety spokesman Russ Rader regarding the ford Expedition.

"This was a big vehicle," Rader said. "But it was still at a big disadvantage in a crash with this gravel truck."

Rader explained a semi-truck usually weighs up to 30 times more than a passenger vehicle. But the gravel truck involved in Tuesday's crash was hauling two trailers of gravel when it t-boned the SUV in Imperial County.

"It struck this SUV in a very vulnerable spot, which is in the side," Rader said. "When you look at the video, the front-end of the truck is still imbedded in the side of the Expedition and it just shows just how devastating this crash was."

For CHP Commander of Border Division Omar Watson, Tuesday's crash was a grave reminder of how important it is to use safety restraints like seatbelts.

"It’s unfortunate that that number of people were put into that vehicle because there are not enough safety restraints to safely keep those people within the vehicle. There were numerous people who were ejected onto the roadway as a result of this collision so part of our message is to make sure that we get out to our communities and make sure that safety restraints are a part of the picture to save lives," Watson said.

CHP's Border Division Commander Omar Watson gives an update on the crash that killed at least 13 people near the U.S.-Mexico border.

FOX 11's Hailey Winslow took an inside look at a Ford Expedition model similar to the one involved in the Imperial County crash. The SUV features two back rows of seating. In those two rows, you can easily fit about eight people if you pull the latch, and all eight passengers would have access to seatbelts. 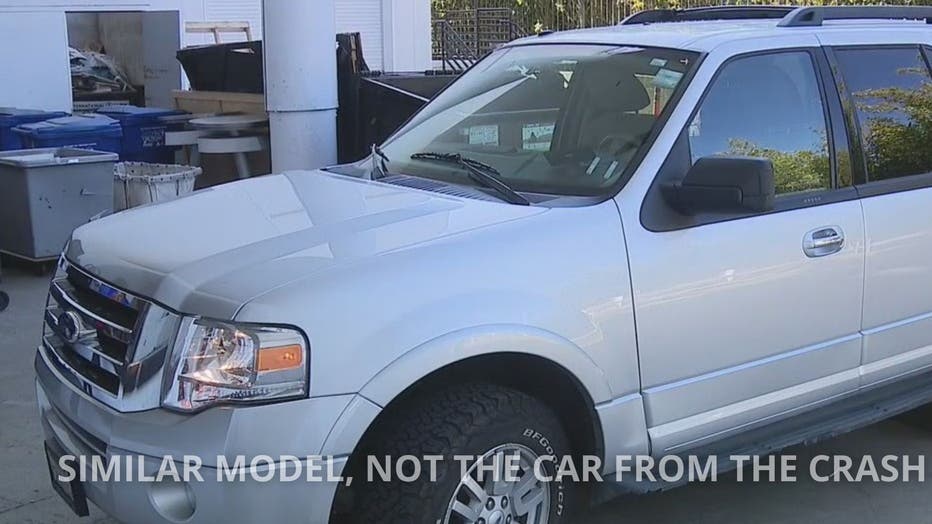 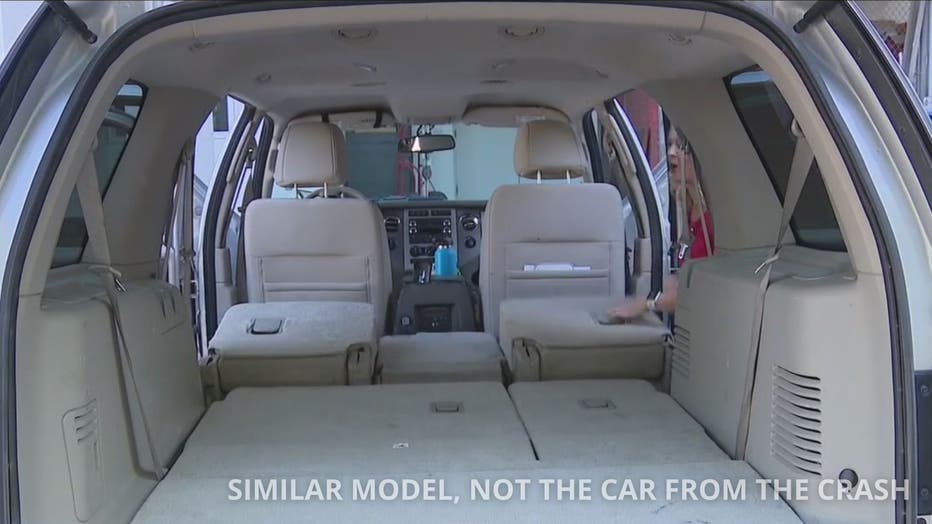 But if you fold down the two back rows, you can see how you'd be able to fit a lot more people inside.

The Ford Expedition driver killed in the crash was identified as a 22-year-old. The 69-year-old driver of the big rig was taken to a local hospital with moderate injuries.