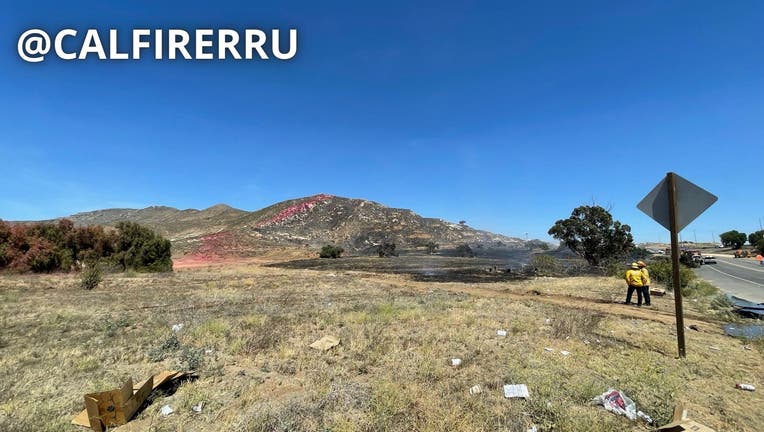 Crews are working to contain a fire in Jurupa Valley. Photo: Cal Fire

The fire was initially reported just before 1 p.m. Friday. By 3:45 p.m. Friday, CalFire reported the fire has extended to about 60 acres and is about 10% contained. By Saturday morning, containment had reached 90%.

An evacuation order was briefly in place for the Jurupa Valley Discover Center before the order was eventually lifted.

Officials did not say what caused the fire to break out in the first place.

As of Friday evening, no arrests have been announced in connection to the fire.