In a 24-hour loop, NOAA captures smoke from Western wildfires blowing over the Pacific Ocean and swirling into a low pressure system.

As wildfires burned through Northern California, the Butte County Sheriff’s Office made an unexpected discovery while searching through properties impacted by the Berry Creek fires on Sept. 12.

“They made an unexpected and welcome discovery on a large property in Berry Creek,” the sheriff’s office wrote in a Facebook post. “This adorable puppy.” 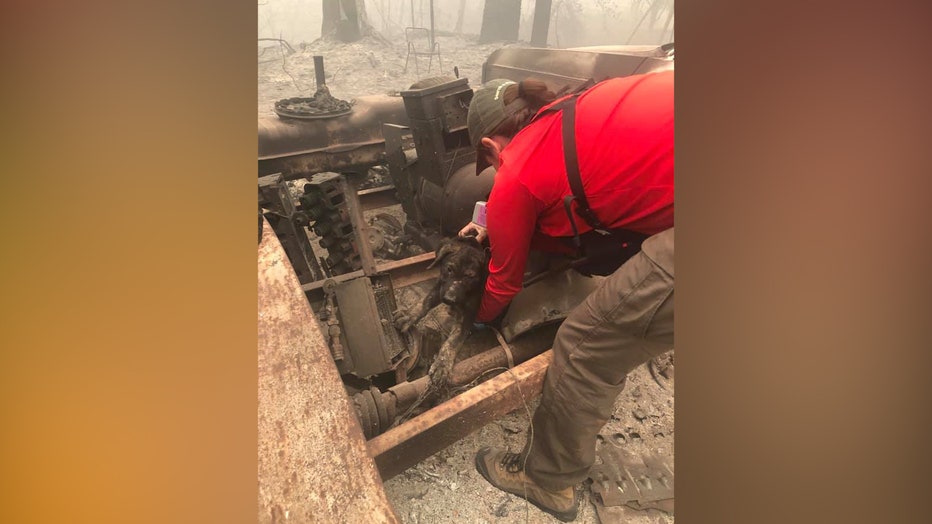 Trooper being pulled from what appears to be a metal trailer bed.

The puppy was found covered in ash and appeared to be sheltering inside the metal frame of a trailer bed.

“The puppy had some minor burns and was picked up by Animal Control and taken to Valley Oaks veterinary Center in Chico to be checked out,” the post read. 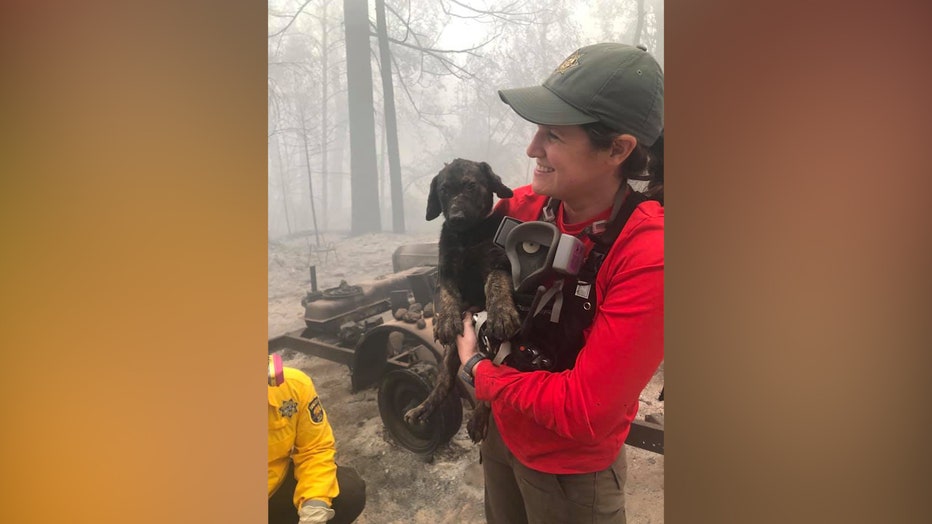 Trooper and one of his rescuers.

The owner of the property told officials that they did have several dogs on the property, but were unable to locate them all before evacuating, the sheriff’s office said.

“Our deputies decided to give this sweet puppy a name, Trooper,” the post said.

The National Weather Service issued a red flag warning for the area on Monday. Incident Meteorologist Dan Borsum said that the air quality in the region may not improve until October.

RELATED: Porcupine rescued from wildfire near Bridgeport on the mend

In Oregon, almost a dozen cats rescued amid scorching wildfires are being cared for at a veterinary hospital, and staff members have posted their photos on social media hoping to reunite them with their owners.

The cats have burned paws covered in bandages. Some of their bellies are seared and, in one case, a cat nicknamed Depot is hooked up to oxygen because its lungs suffered damage from the hot smoke.

The smoke from dozens of wildfires in the western United States is stretching clear across the country — and even pushing into Mexico, Canada and Europe. While the dangerous plumes are forcing people inside along the West Coast, residents thousands of miles away in the east are seeing unusually hazy skies and remarkable sunsets.