LOS ANGELES - The Los Angeles Police Department sought the public’s help identifying a man wearing a Dodgers jersey who was seen on video punching another man in the jaw with so much force, he was left unconscious.

The incident occurred on Jan. 16 near the intersection of Washington and Speedway boulevards around 5 p.m.

Surveillance footage shows the two men engaging in a verbal altercation when the suspect, who was carrying a skateboard, turned violent and took an apparent right hook to the victim as he fell onto the pavement and lost consciousness.

LAPD said the man was taken to a local hospital with serious injuries. Police said the victim did survive. 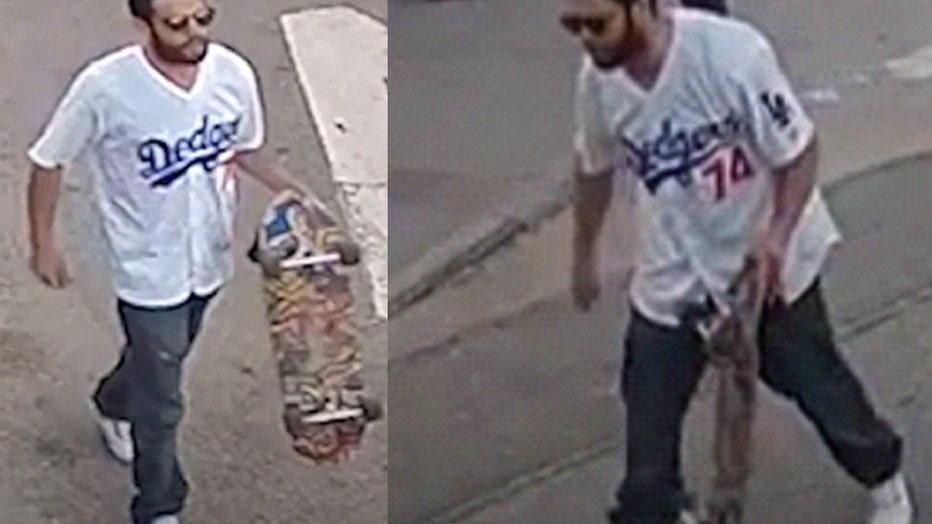 Authorities described the suspect as a white or Hispanic male, aged 25 to 30, with black hair and a black beard. He is estimated to be 5 feet 7 inches tall and weighing 180 pounds. He was last seen wearing a white LA Dodgers Kenley Jensen jersey with the number 74.

Anyone with any information is asked to contact Pacific Area detectives at 310-482-6394. Those who wish to remain anonymous can submit tips to the L.A. Regional Crime Stoppers online.