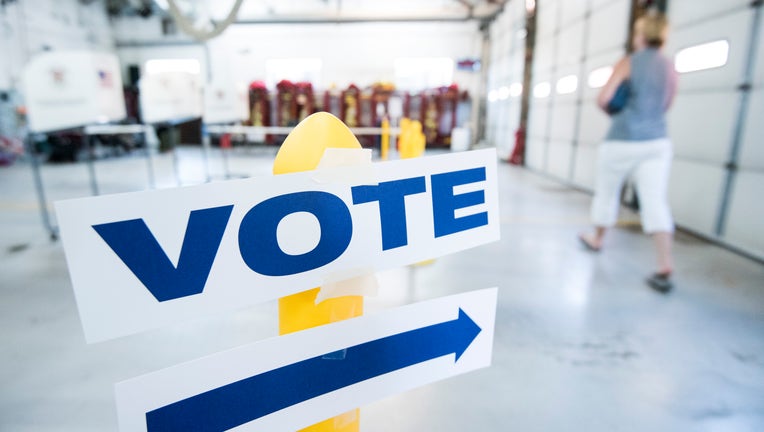 LOS ANGELES - While politicians and pundits will be focused on the Nevada caucuses, Los Angeles County residents can start casting votes today
in the presidential race, and on the myriad of state and local issues on the ballot.

Primary voting under the county's new system continues through Election Day, March 3. Only about 20% of the nearly 1,000 voting centers will open Saturday -- a full 11 days before the election -- with the balance set to open four days in advance.

Early voting is typically available between 8 a.m. and 5 p.m., however, locations and operating hours for the vote centers can be accessed online at https://locator.lavote.net/locations/vc. Voters can also call the Los Angeles County Registrar-Recorder/County Clerk at 800-815-2666, Option 1, to find their closest polling place.

However, on the first day of voting many people reported experiencing technical issues.

In addition to the fight to be the presidential nominee for various parties, candidates are vying to be the county's top prosecutor and to replace Mark Ridley-Thomas on the powerful five-member county Board of Supervisors.

Ridley-Thomas himself is one of several candidates fighting for a place on the Los Angeles City Council, where multiple seats are at stake. Council or mayoral races are also being held in cities across the Southland.

Voters will also choose congressional representatives, and some state Senate and Assembly seats are also up for grabs. Los Angeles County ballot initiatives on oversight of the sheriff's department and more funding for the fire department are set to be decided as well.

Voters still have until Tuesday to request a vote-by-mail ballot, which can be postmarked up until March 3 or -- for the first time -- dropped
off at any voting center or at a ballot drop box. Drop box locations can be found at https://locator.lavote.net/locations/vbm.

Those voting in person may find that the old polling places in their neighborhood are no longer available. However, they now have the option of voting at their choice of the available vote centers -- during their lunch hour  at work or near school drop-off for their children -- as well as the chance to vote on the weekend.

Registrar-Recorder/County Clerk Dean Logan and his team are betting that the increased convenience draws more voters to the polls, even though the changes may initially create some confusion.

"We have tried to address a broad range of interests by designing a new voting model that offers a more intuitive, accessible and secure voting experience for Los Angeles County -- placing primary emphasis on the voter,'' Logan said in an editorial published in the Daily News last year.

Another feature of the new system is that would-be voters who missed the deadline to register can cast a conditional ballot anytime during early voting up until Election Day. Eligibility will be verified before their votes are counted.

At the centers, registered voters will be handed a blank ballot with a bar code that -- when inserted into the voting machine -- will load the
relevant national, state, county and city races onto an electronic touch-screen tool. Once they use the touch screen to select their candidates and vote on various ballot measures, their choices will be printed onto a paper ballot.

Voters with access to a printer or smartphone who want to save time at the polls can access an electronic sample ballot at https://lavote.net and preload their choices onto a printed or mobile "poll pass.'' When the poll pass is scanned into a ballot reader at the voting center, the voter's choices are revealed and there is an opportunity to make any last-minute changes.

More information on the new system can be found at https://lavote.net.