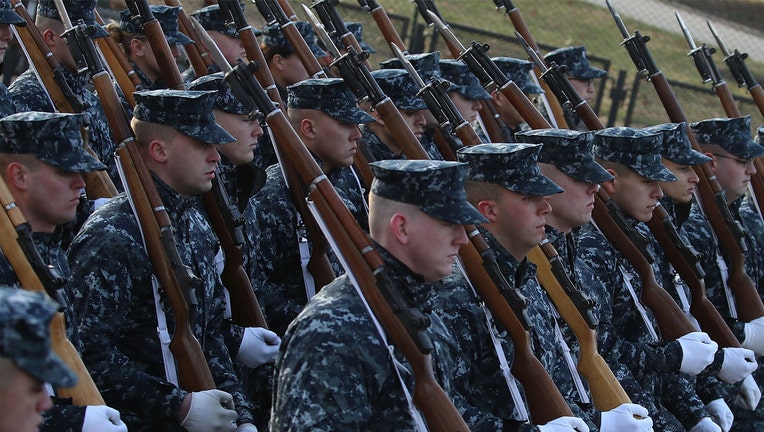 NEW YORK - (AP) -- Who doesn't love a parade? To a city that already offers many, President Donald Trump wants to add one that showcases U.S. military might.

It would take place on July 4 in Washington with, as Trump envisions it, tanks and planes rolling down and streaking above Pennsylvania Avenue.

Trump talked up the idea Monday as he sat down with French President Emmanuel Macron, who hosted the president and first lady Melania Trump for France's military parade in the center of Paris on Bastille Day in July. Trump said the two-hour procession was a "tremendous thing for France and for the spirit of France" and suggested he wants the same for Americans.

In typical Trump fashion, the president said he wants the parade to be bigger and better than the one he saw in France.

"It was one of the greatest parades I have ever seen," Trump said. "It was two hours on the button, and was military might, and I think a tremendous thing for France and the spirit of France."

"And to a large extent, because of what I witnessed, we may do something like that on July 4th in Washington, down Pennsylvania Avenue," Trump said. "We're going to have to try and top it."

He noted that France's parade featured representatives from different wars and armed forces wearing different uniforms. "It was really so well done," he said.

"So we're actually thinking about 4th of July, Pennsylvania Avenue, having a really great parade to show our military strength," Trump added.

Trump watched enthusiastically from a reviewing stand on July 14 as the French military showcased its tanks and fighter jets, including many U.S.-made planes, along the famed Champs-Elysees. The occasion also marked the 100th anniversary of the U.S. entrance into World War I.

Trump said he has discussed the parade idea with his chief of staff, John Kelly, a retired Marine general.

The president, who has recruited three current and retired generals for his senior leadership team, also noted that the U.S. spends $700 billion on the military.

Brian Hook, director of policy planning for the State Department, who sat in on the meeting, said Trump told Macron that the Bastille Day parade was very inspiring. Hook said the president left Paris with a "lot of good examples."

"What will happen in the future? Unclear. But he was very inspired by it," Hook told reporters at a briefing.

Washington already holds quite a few parades, including some with military participation that are held on Memorial Day and July 4. But those patriotic processions typically involve marching bands and uniformed elements, not the grand display of military hardware that Trump envisions.

One thing Trump may want to consider: the damage a tank could do to the asphalt as it rolls down Pennsylvania Avenue.