Trump, who was not present at the announcement, signed the executive order at the White House. He had met with several NFL players, including former Niners' Jerry Rice and Ronnie Lott, about the pardon. A handful of players were there and all said the DeBartolo name was iconic for philanthropy and he should be forgiven for transgressions of the past.

"I take my hat off to Donald Trump for what he did," Rice said. "Today is a great day."

Rice credited DeBartolo for doing "so much in the community." During his tenure, the 49ers won five Super Bowls in 14 years.

A reporter asked the football stars: Does it bother you that Trump's pardons seem to only affect wealthy people? The question wasn't exactly answered.

The list of presidential pardons is long: Trump has also pardoned former NYPD commissioner Bernie Kerik; financier Michael Milken, who pleaded guilty for violating U.S. securities laws and served two years in prison in the early 1990s; Ariel Friedler, a technology entrepreneur, who pleaded guilty to accessing a computer without authorization; Paul Pogue a construction company owner who underpaid his taxes; David Safavian, who was convicted of obstructing an investigation into a trip he took while he was a senior government official; and Angela Stanton, an author who served a six-month home sentence for her role in a stolen vehicle ring; former Arizona sheriff Joe Arpaio, who faced jail time after a conviction stemming from his use of immigration patrols that focused on Latinos; conservative commentator Dinesh D’Souza, who received five years of probation after pleading guilty to campaign finance fraud; and I. Lewis “Scooter” Libby, a former top aide to Vice President Dick Cheney who was convicted of lying to investigators and obstruction of justice following the 2003 leak of the covert identity of CIA officer Valerie Plame.

Also on Tuesday, Trump commuted the 14-year prison sentence of former Illinois Gov. Rod Blagojevich, who was convicted in a wide-ranging political corruption case just months after he appeared on Trump’s reality TV show. The president called the sentence “ridiculous.”

DeBartolo Jr., who built the San Francisco 49ers' 1980s-'90s dynasty, was involved in one of the biggest owners' scandals in the sport's history.

In 1998, he pleaded guilty to failing to report a felony when he paid $400,000 to former Louisiana Gov. Edwin Edwards in exchange for a riverboat gambling license.

DeBartolo never received the license, was fined by the NFL, and forbidden from active control of the 49ers for a year.

He could have returned to the team. Instead, in 200, he gave control of the franchise to his sister, Denise York. DeBartolo said the move was voluntary.

Ohio Pastor Darrell Scott, an early supporter and longtime ally of the president, said that he advocated DeBartolo’s case more than a year ago, along with a long list of character references by some “NFL greats.” Scott had also encouraged Trump to intervene on behalf of the New York rapper A$AP Rocky after he was detained in Stockholm in last summer after getting involved in a street fight in the Swedish capital.

“It’s something DeBartolo... he’s been wanting that stain removed from his legacy for a long time,” Scott said Tuesday, adding that Trump thought about this for about a year. “I think it’s long overdue.”

Aside from Rice and Lott, the White House announced the surprise decision to reporters with former football superstars Jim Brown and Charles Haley in attendance.

"We all make mistakes," Haley told reporters. "And today, the president cleared that mistake." 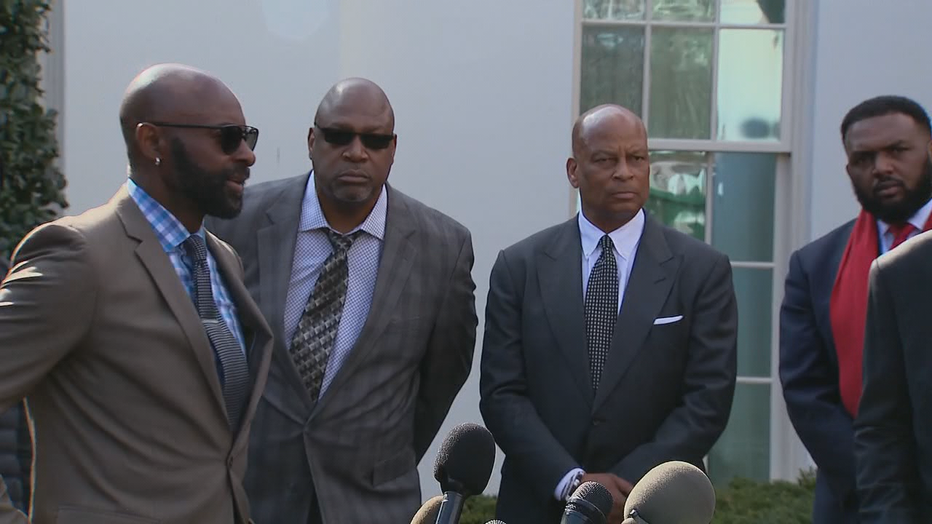 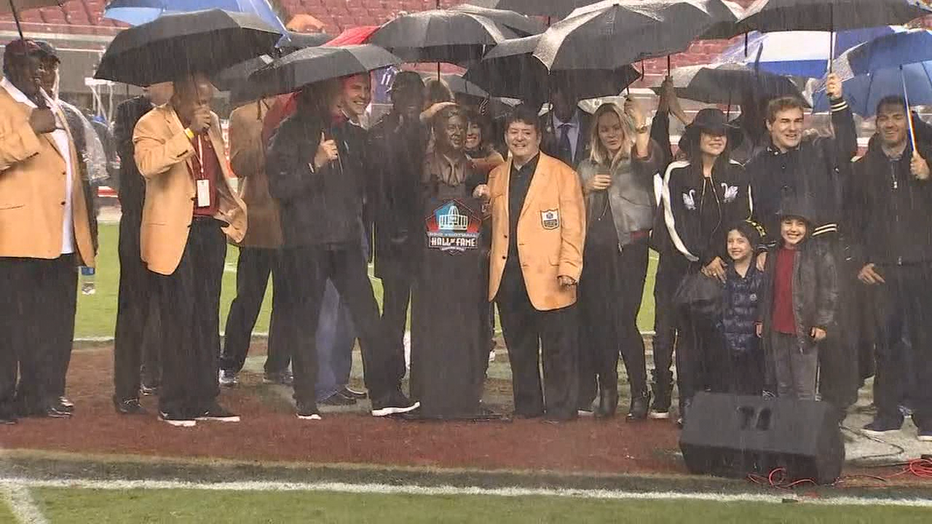