GAINESVILLE, Ga. - President Donald Trump has declared Sunday to be a "National Day of Prayer" and says he plans to watch an online church service led by a Georgia pastor. 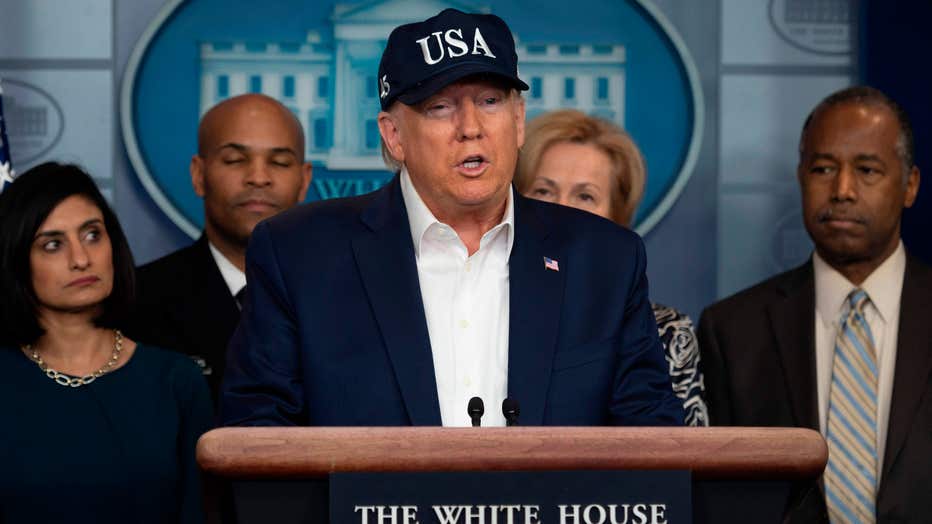 The president made the declaration on Twitter shortly after he declared a national emergency over the new deadly strain of coronavirus.

“It is my great honor to declare Sunday, March 15th as a National Day of Prayer. We are a Country that, throughout our history, has looked to God for protection and strength in times like these,” Trump tweeted on Friday.

On Saturday, Trump said that he planned to tune into the online service of Pastor Jentezen Franklin of Free Chapel in Gainesville, Georgia. for the 11 a.m. service.

After the announcement, Franklin thanked Trump on Twitter, asking his followers to "please join us tomorrow as we all come together in faith to pray for our nation and the world."

The day of prayer comes after Trump announced from the Rose Garden that he was officially declaring a national emergency, unleashing as much as $50 billion for state and local governments to respond to the crisis.

Trump also announced a range of executive actions, including a new public-private partnership to expand coronavirus testing capabilities with drive-through locations, as Washington tries to subdue the new virus whose spread is roiling markets, shuttering institutions and disrupting the lives of everyday Americans.

List of tourist locations closed in Atlanta due to coronavirus

aturday, Georgia's Gov. Brian Kemp declared a public health emergency for the State of Georgia in response to the coronavirus outbreak, which allows resources to be marshaled for treatment and mitigation of the virus.

As of Saturday afternoon, there were 66 cases of COVID-19 in the state.