A popular barbecue spot in Orange County tells FOX 11 they are in danger of getting evicted by its landlord.

LA PALMA, Calif. - A barbecue restaurant in La Palma is getting a lot of love on Yelp, averaging about five stars from its customers.

However, that's not enough to keep Wholly Smokes BBQ Restaurant's landlord from trying to evict the popular food spot. 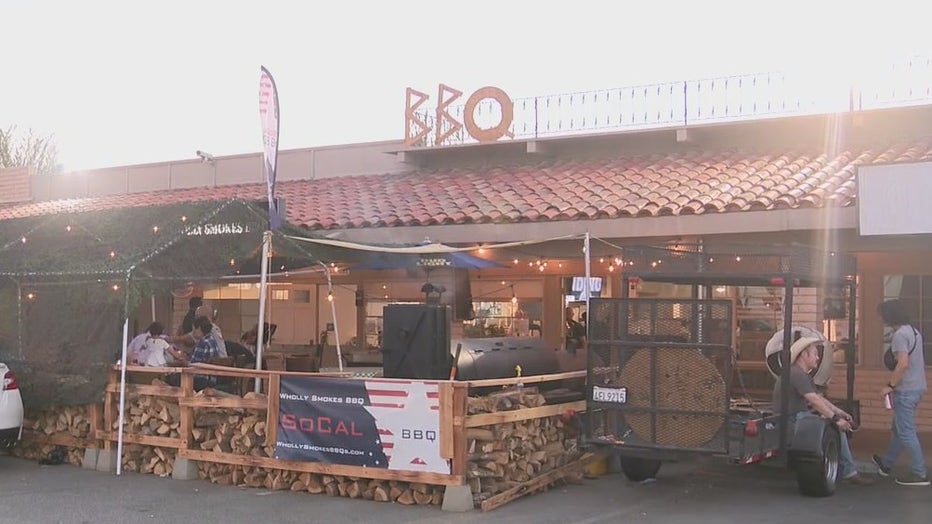 Anthony Kim learned how to smoke meats while stationed in the U.S. Army in North Carolina. At his Orange County restaurant, he serves what he calls SoCal barbecue.

The restaurant's smokers sit right outside his restaurant in an outdoor patio he built into the parking lot. The bell is ringing and the customers are raving, but his challenges keep on mounting. Kim signed his lease in March of 2020, just before COVID-19 shut everything down.

The pandemic kept him from building out the restaurant until November 2020, not long before the U.S. Veteran underwent surgery for a brain condition.

"I started the project and then six days later, I had to go in for surgery," Kim said.

First-time restaurant ownership always has its challenges. But Kim might be facing his biggest task yet. His landlord wants to evict Kim and had sent him a 10-day notice to get out.

No one agreed to an interview but the landlord, 7-Eleven, Inc., sent FOX 11 an email explaining the three reasons for the eviction notice:

In other words, the problems with Wholly Smokes BBQ Restaurant stemmed from its outdoor patio. It appears Kim needed his landlord's permission for the outdoor patio.

Kim believes he did nothing more than doing what he needed to survive. The City of La Palma confirmed he's not violating any city codes.

It appears Kim needed his landlord's permission for the outdoor patio.

"I've always been the underdog so it doesn't scare me," Kim said.

Kim vows to fight for his restaurant while serving up the smoked meats and good times.

"We're going to do it against all odds," he said. "We'll figure our way out."