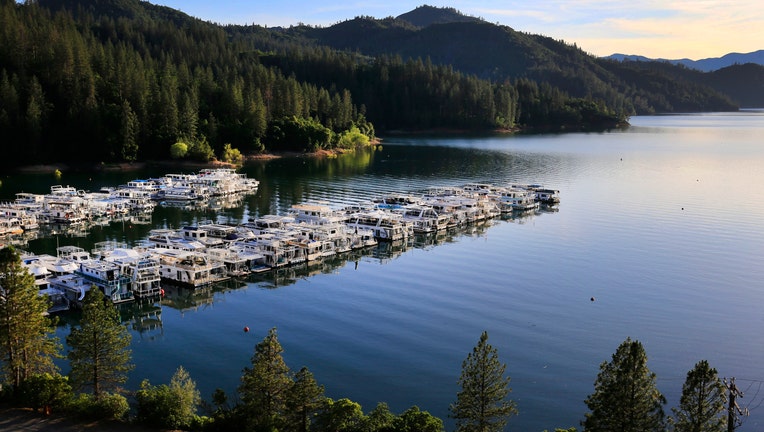 LAKE SHASTA, CA - MAY 11: The Bridge Bay Marina after rain and snowmelt filled it on May 11, 2016 at Lake Shasta, California. (Photo by Allen J. Schaben/Los Angeles Times via Getty Images)

A suspect charged with running a $35-million Ponzi scheme allegedly tried to escape from law enforcement by navigating beneath Lake Shasta with an "underwater submersible device," according to federal prosecutors.

Matthew Piercey was charged with wire fraud, mail fraud, money laundering, and witness tampering following his arrest Monday when he emerged from Lake Shasta, the US attorney for the Eastern District of California said .

The prosecutor said that the 44-year-old from Palo Cedro first fled from officers in a vehicular chase through residential neighborhoods and on a highway before ditching the car and boarding the underwater submersible device.

Officials described the device as a "sea scooter" to the Associated Press. Piercey spent about 30 minutes in the cold water using the scooter, which can travel about 4 mph, the AP reported.

Piercey is accused of bilking investors into giving $35 million to his companies, Family Wealth Legacy and Zolla , from 2015 to August 2020. Authorities claim that he guaranteed returns using an “Upvesting Fund” that allegedly was a proven algorithmic trading fund, although no such fund existed, prosecutors said.

A second suspect, Kenneth Winton, 67, of Oroville, was arrested separately for his alleged role in the Ponzi scheme. He was charged with conspiracy to commit wire fraud,

The Associated Press contributed to this report/.