A shooting suspect is hospitalized and in custody Thursday after a standoff with police for almost two hours near a homeless encampment in downtown Los Angeles.

LOS ANGELES - A woman was struck by police gunfire after holding another woman hostage during a standoff at a homeless encampment overnight in downtown Los Angeles, authorities said. The suspect was taken into custody and hospitalized.

The standoff began at approximately 10:45 p.m. Wednesday after Los Angeles Police Department officers responded to a call regarding a female suspect with a gun in the area of Spring and Arcadia streets near the 101 Freeway, said an LAPD spokesman.

SWAT was called to the scene and police began searching the encampment where they believed the suspect had hidden inside a tent, according to LAPD. 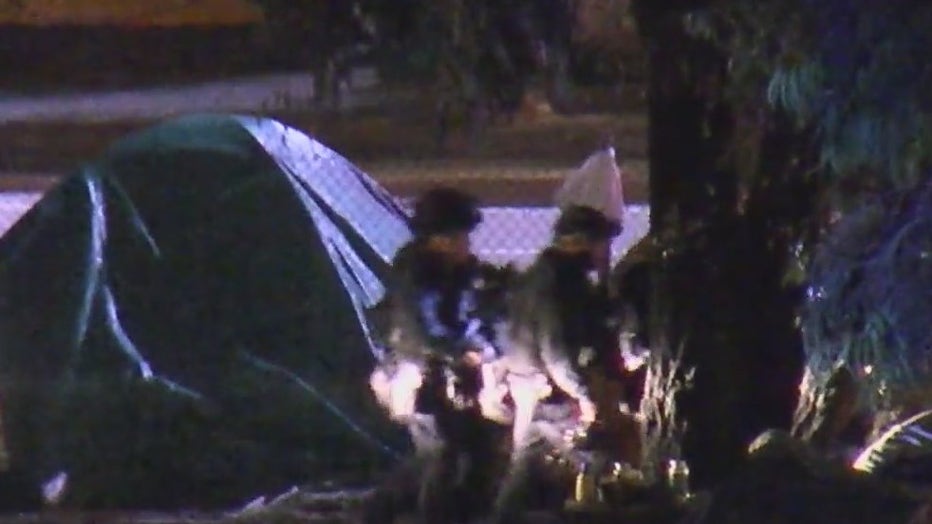 At approximately 12:36 a.m. police opened fire on the suspect, who was struck multiple times and was taken to a hospital in an unknown condition, the LAPD spokesman said. Police could not confirm if the suspect had fired at the officers prior to being shot.

The suspect was later identified as Victoria Bardales, 36. Bardales was booked into jail on a charge of kidnapping.

No officers were injured and no further details were available.