SHERMAN OAKS, Calif. - The Los Angeles Police Department is looking for two additional suspects who brandished a firearm near or inside the Ralphs in Sherman Oaks Friday afternoon.

According to police, a man, who was accompanied by another man and a woman, pointed a gun at someone near the 14500 block of Ventura Boulevard around 2 p.m. Friday.

The Ralphs was evacuated as authorities searched the premises.

When police got to the scene the suspects went into a parking structure of a business. The female suspect was detained shortly after 4 p.m. 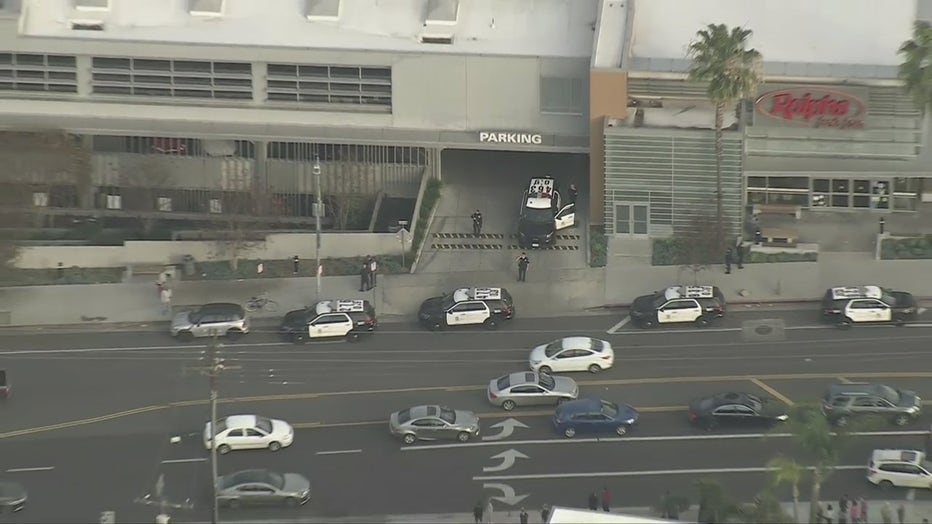 Police have not yet released a detailed description of the two outstanding suspects.