LOS ANGELES - A chase that started in Azusa came to an end in West Covina when officers used a pit maneuver Saturday.

The chase began when officers with the Azusa Police Department noticed a white Volvo sedan failed to yield. The vehicle continued to travel eastbound through multiple neighborhoods in East Los Angeles. Despite leading officers through multiple cities, Azusa police remained the sole agency involved during the duration of the case.

Officers used a pit maneuver when the pursuit came to an end on South Grand Avenue and Hillside Drive in West Covina just after 6 p.m.

Aerial footage from Sky FOX showed three people inside the sedan. With guns drawn by officers, all three men inside the vehicle were taken into custody. 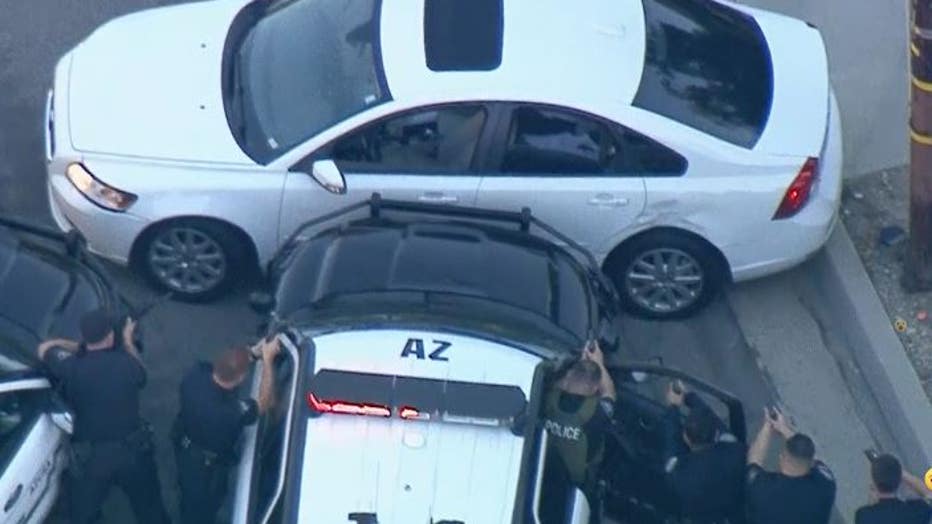