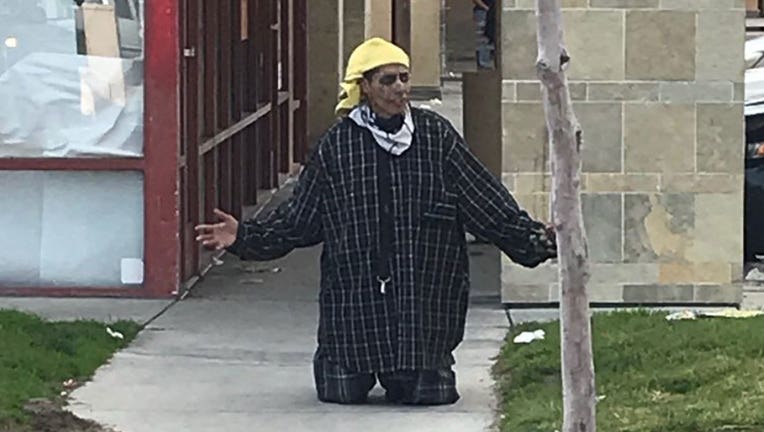 COLTON, Calif. (FOX 11) - The San Bernardino County Sheriff's Department bomb squad responded to the Plaza Las Glorias in Colton on Saturday to investigate a man who claimed to have a bomb.

The incident was first reported around 3:20 p.m.

Colton police Lt. Jim Jolliff released a photo of the suspect that showed him sitting on the ground near a bomb squad robot.

Police asked that residents avoid the area as they continued negotiations with the man.

After more than six hours of negotiations, the bomb squad was able to clear the scene and take the suspect into custody.

Once arrested, officers said they recovered a pellet gun and non-explosive material that was made to appear like a destructive device.

The man was admitted to a mental health facility with additional charges pending, Lt. Jolliff said.