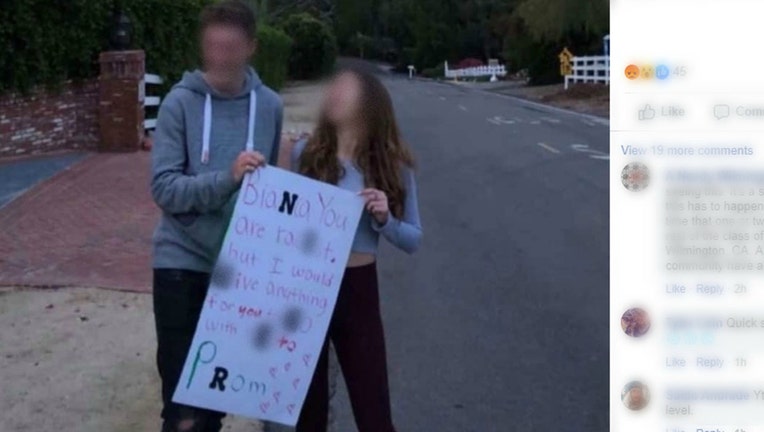 PALOS VERDES, Calif. (FOX 11) - Police were investigating a threat on Thursday morning made against Palos Verdes High School. The school was placed on lock-down as authorities investigated the treat.

Around 11 a.m., authorities said they received the anonymous threat, but did not elaborate on what the treat was. Police placed the school on lockdown as officers searched the campus, asking people to avoid the area as they investigated.

"There will be no afternoon class," PVPD said in a Facebook post. "The gates will be open for student pick up beginning at 12:45 p.m."

PV Transit provided a bus for students who normally take the bus after school, police said. Taxis for students with special needs have been contacted.

"The AP Statistics test for this afternoon has been canceled and will be rescheduled," police said. "If you anticipate students waiting for their parents, please have them wait in Sea King Park or in the Library."

A photograph that began circulating on social media showed the two students laughing, holding a sign that read," "Bianca you are racist, but I would give anything for you to go with me to prom.'' Whoever created the sign used a different font to bold and capitalize six letters on the sign to spell the N-word.

Palos Verdes High School Principal Allan Tyner said in a statement that the two students and their families were contacted "to inform them that we are forming a response and anticipate severe consequences.''