A man and a woman led officers on a pursuit through the San Gabriel Valley on Tuesday morning.

LOS ANGELES - A man connected to a homicide investigation was taken into custody Tuesday morning after a high-speed pursuit through the San Gabriel Valley, officials said. 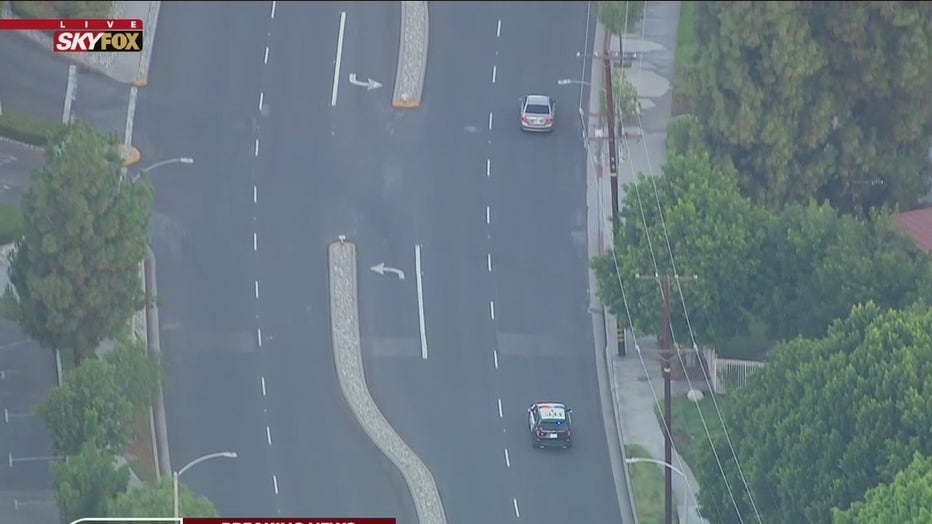 The suspect was a passenger inside a vehicle that was driven by a woman.  The two led officers on a chase from Pomona to Azusa beginning around 6 a.m.

The suspects led officers on the 60 Freeway before they exited off side streets and surrendered to authorities in a neighborhood in Azusa along Foothill Boulevard. Overall, the chase lasted for about 30 minutes.

The male suspect was taken into custody without incident while she was taken in for questioning.

No one was injured in the incident.