SkyFOX was over LA County when the suspect's car started popping off in the middle of the chase.

LOS ANGELES - At least two people are in custody after leading authorities on a chase across Los Angeles County late Thursday night.

SkyFOX was over the chase scene as a white sedan led the Los Angeles County Sheriff's Department on a high-speed pursuit. Over the course of the chase, the suspect passed parts of Paramount, Bellflower, Compton and Long Beach.

At one point during the chase, two of the passengers in the suspect car hopped out of the vehicle. It is unknown what ended up happening to those two passengers.

The driver and the remaining passenger from the suspect car were both taken into custody seconds after the car's hood started popping off. 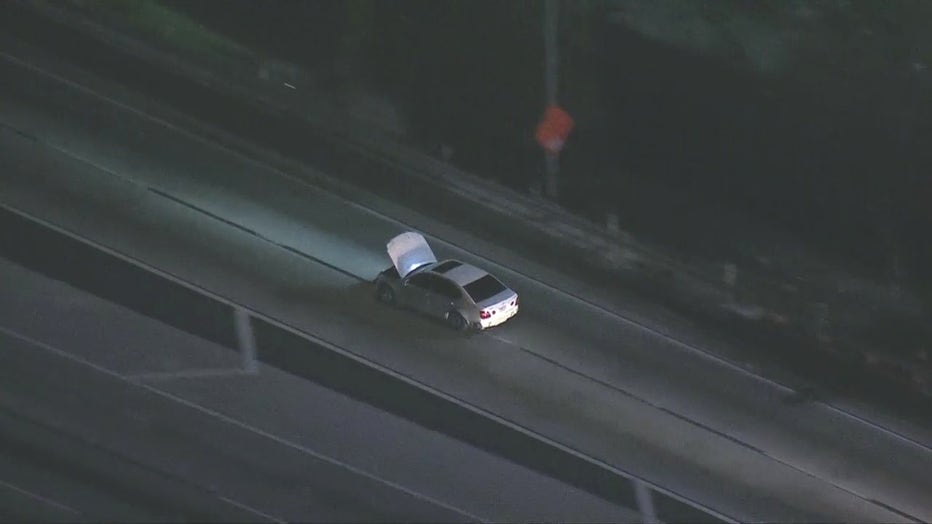 Officials did not specify what the suspect was initially wanted for.