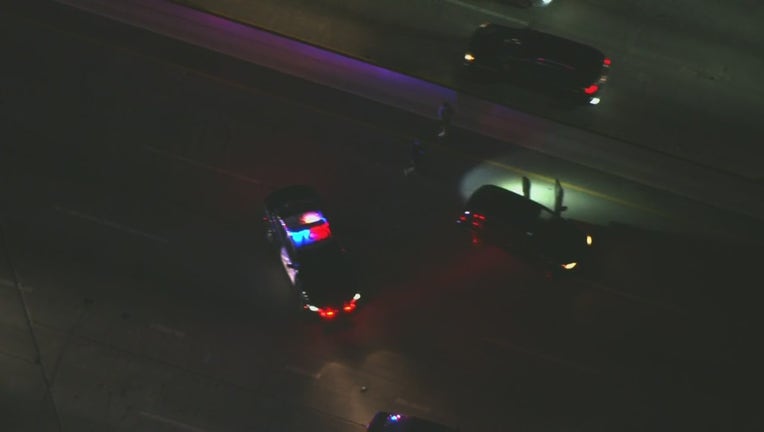 LOS ANGELES - Two people have been taken into custody after fleeing a police chase with the California Highway Patrol Saturday night, according to officials.

SkyFOX was live over the chase. Reports of the pursuit came in shortly after 9 p.m. Saturday, with authorities from the San Bernardino County area reportedly in pursuit of armed robbery suspects. The pursuit continued from the Westbound 210 Freeway and onto the Southbound 605 Freeway near Baldwin Park. From there, the chase headed towards downtown with multiple CHP units in tow.

Several minutes later, police cruisers were seen behind a stopped vehicle on the 110, with the suspects having fled. According to CHP, officers were eventually able to locate one of fleeing suspects, with one of them taken into custody with a broken ankle, according to reports.

This is a developing news story and will be updated as more information becomes available.