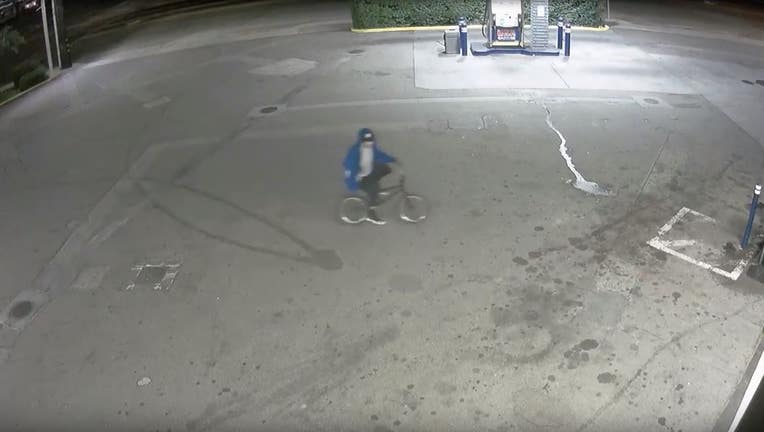 SANTA ANA, Calif. - Police are asking for the public's help to identify a homicide suspect who allegedly shot a man in a Santa Ana restaurant parking lot and then fled on a bicycle. 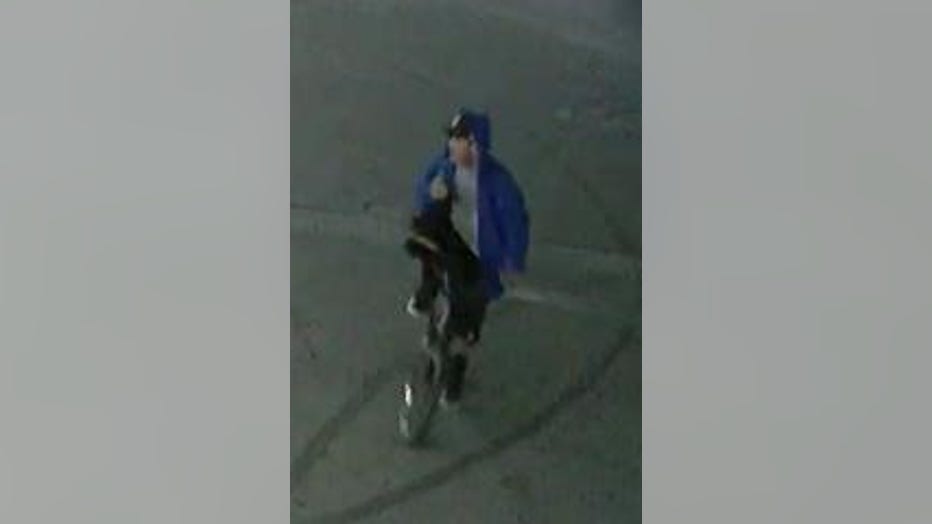 The suspect is estimated to be between 5 feet 3 and 5 feet 6. He is seen on surveillance footage wearing a black hat, blue hooded jacket, gray T-shirt and black shorts, according to the Santa Ana Police Department.

The victim's name will be released once the family has been notified, according to the Orange County coroner's office.

Passersby called police at 12:48 a.m. to report seeing the body and then left before officers arrived, Bertagna said, adding that the victim
appeared to be in his 50s.

Authorities circulated a video of the suspect and encouraged anyone with information was asked to call investigators at 714-245-8390. Orange County Crime Stoppers will accept tips at https://occrimestoppers.org.