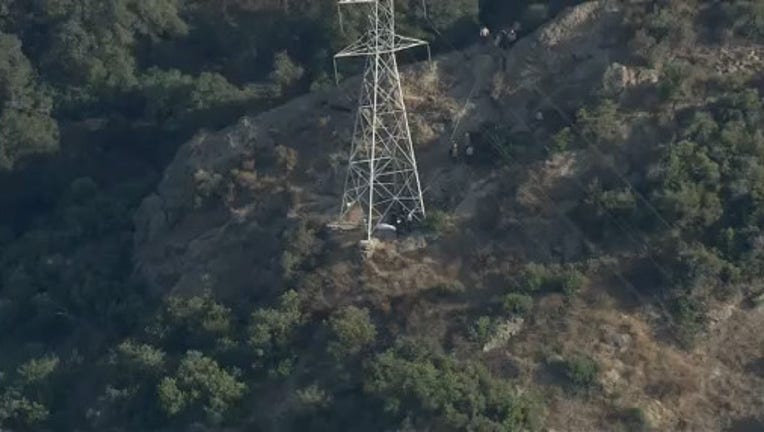 Initally, the Los Angeles Fire Department reported that the cause may have been electrocution.

According to LAPD, the cause of death does not appear to be electrocution.

The circumstances surrounding the incident are unknown.

The body was found beneath a high-voltage transmission tower,according to reports from the scene.

An urban search-and-rescue team and air operations were summoned toassist with the recovery of the body, but it was later determined an airlift would be too dangerous.