Tonight marks five years since 14 people were killed and multiple others were injured in a terror attack.

SAN BERNARDINO, Calif. - San Bernardino County unveiled plans for the "Curtain of Courage” Memorial, a tribute to the 14 men and women killed in a terrorist attack five years ago Wednesday.

San Bernardino County Supervisor and December 2nd Memorial Committee Chair Josie Gonzales announced the plans in the East Walkway of the County Government Center, the site of the future memorial.

“This process has been a challenging, monumental endeavor given the tremendous responsibility laid before us as we lived through the different stages of grief and healing,” she said. 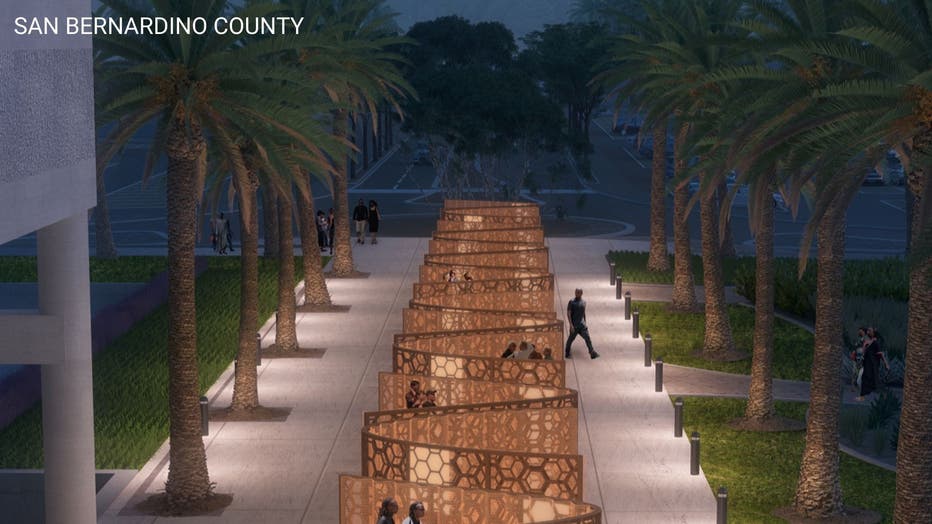 The Memorial Committee is made up of family members of the victims, survivors, first responders and county staff members. The committee chose Oakland-based landscape architect and artist Walter Hood to design and construct the memorial.

It will be comprised of bronze and steel mesh panels which will simulate the "curvature of a curtain" and emphasize Southern California’s natural light. Each "wave" or "cove" will have a seating area, designed to give people a place to reflect.

“A place in which people will experience every day, but also a place for ritual. There will be 14 alcoves that will be created through this kind of scrim material that tends to enclose for each victim and their family - people can go and find a place of solace, but also we understand that the public workers will be passers by daily to the space, and so the space has to be uplifting. We didn’t want the space to be of sorrow - we want it to be of light, we want it to be of remembrance,” Hood said. 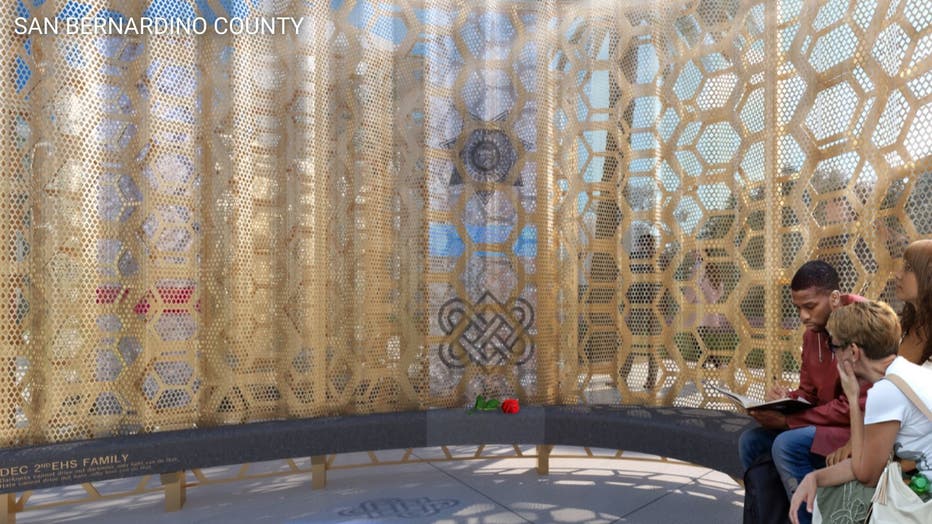 He said was inspired by how the county of San Bernardino came together in a time of such tragedy.

Gonzales acknowledged the time it has taken to get to this point, but said that building a memorial was a promise that the county made and would keep.

“It is a point in time that has forever changed our lives. It is an event that is written in the pages of history of this San Bernardino County, and it stands as testimony of what can happen at any given time that threatens our freedom and our lives if we do not forever step up and be vigilant and protect said freedoms,” Gonzales said.

Prior to the public announcement, there was a private memorial service and concept unveiling at the same site.

There is no timeframe on when the memorial will be constructed, but county officials hope to have more details at the end of 2021’s first quarter.