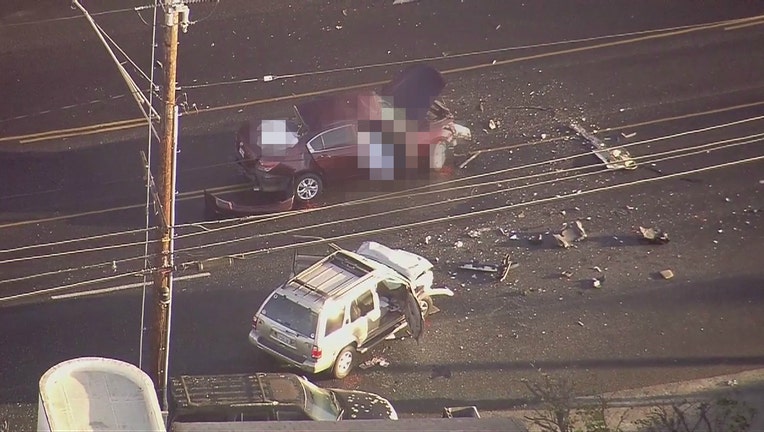 MALIBU, Calif. - A teenager was killed during a two-vehicle crash Friday morning in Malibu.

The fatal crash blocked both directions of the Pacific Coast Highway near Tuna Canyon Road for nearly six hours, according to the California Highway Patrol.

The teenager who died has only been identified as a female, her exact age is not known.

The crash involved a red, four-door sedan and what appeared to be a small SUV.

Due to traffic Santa Monica-Malibu Unified School District said that most of its Malibu bus routes were running very late, with delays expected for the next three to four hours.