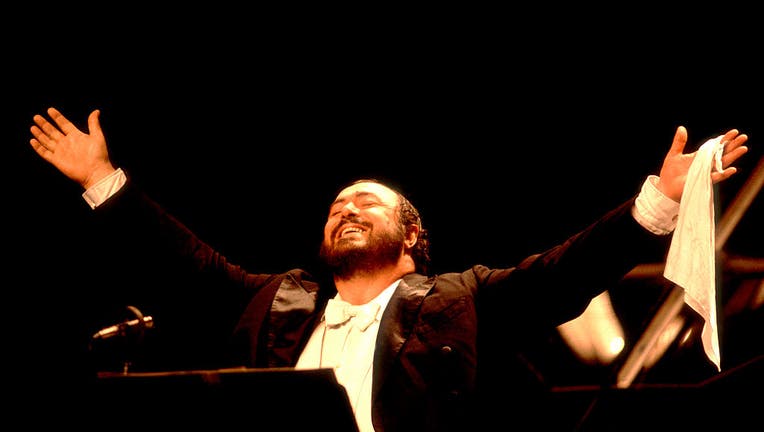 James Conlon, the music director of the LA Opera, and movie producer Cinzia Salvioli spoke at the ceremony at 7065 Hollywood Blvd., between La Brea and Sycamore avenues. Pavarotti's daughter Cristina Pavarotti accepted the star on behalf of the family.

The star is the 2,730th since the completion of the Walk of Fame in 1961 with the first 1,558 stars. The ceremony will be streamed on the Walk of Fame's website, www.walkoffame.com.

The star ceremony is among a series of events organized by Salvioli's Italian film production company Albedo Production to honor Pavarotti, who died in 2007 at the age of 71. Screenings of his performances that have not been previously shown in the United States will be held at 8 p.m. Wednesday at the Aero Theater in Santa Monica and 5 p.m. Thursday at the Warner Grand Theatre in San Pedro.

Pavarotti's 43-year career included 15 Grammy nominations, five wins and two Guinness World Records. He received 165 curtain calls and was applauded for 67 minutes after singing the part of the peasant Nemorino in the Deutsche Oper Berlin's 1988 production of "L'elisir d'amore." His 1990 Three Tenors concert with José Carreras and Plácido Domingo sold 10.5 million albums, the most for a classical recording.

Born in Modena in the Emilia-Romagna region of northern Italy on Oct. 12, 1935, Pavarotti was introduced to music by his father, an opera fan and a tenor in the municipal theater's choir. The younger Pavarotti began his career in the choir.

According to a biography on his foundation's website, Pavarotti had studied to become a schoolteacher but his musical ambitions were kindled when the choir won first prize in an international competition in Llangollen, Wales.

Pavarotti's first success came in 1961 when he won an international competition. His first major breakthrough in the United States came in 1972 in a production of "Le Fille du Régiment" at the Metropolitan Opera in New York City. His performance of the piece's signature aria drew a record 17 curtain calls.

Pavarotti was also known for his humanitarian efforts. In 1992 he created the Pavarotti & Friends event, an annual all-star concert in Modena. All proceeds of its 10 editions were donated to the child victims of wars and civil conflicts in Bosnia, Liberia, Guatemala, Kosovo, Cambodia, Tibet and Afghanistan.

In 2001, Pavarotti received the Nansen Refugee Award from the United Nations High Commissioner for Refugees for donating more money to the cause than any other private person. He was honored as the MusiCares Person of the Year in 1998 for his creative accomplishments and philanthropic work.