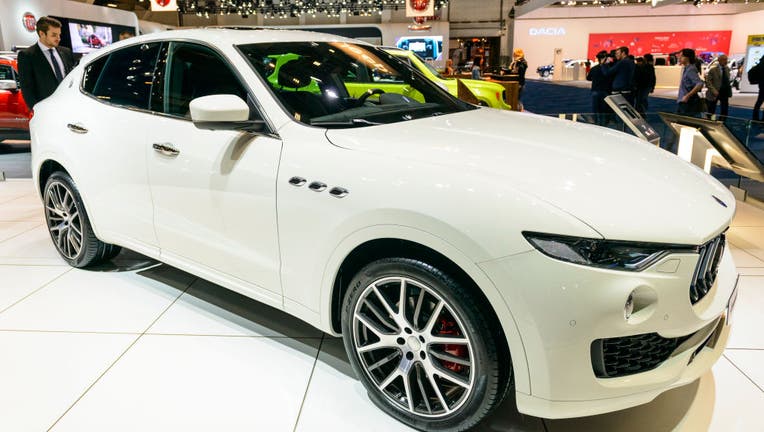 PASADENA, Calif. - An arraignment was scheduled Friday for a Pasadena man who faces federal charges after he allegedly used stolen identities to steal unemployment insurance benefits and then used the funds to purchase a Maserati SUV.

On Dec. 2, a federal grand jury named Robert Sloan Mateer in a five-count indictment in which he was charged with possessing at least 15 unauthorized devices with "intent to defraud, aggravated identity theft, possession with intent to distribute methamphetamine, possession of a firearm in furtherance of a drug trafficking crime, and being a felon in possession of ammunition," authorities said.

Prior to the indictment, officers with the Pasadena Police Department arrested Mateer after they found unemployment debit cards, nearly $200,000 in cash, 85 grams of meth, a loaded firearm, and other items inside the Maserati during a traffic stop on Oct. 1.

Officials said the investigation revealed that at least 14 debit cards found inside the luxury vehicle were loaded with at least $133,000 in unemployment insurance benefits that were issued under the CARES (Coronavirus Aid, Relief and Economic Security Act Recovery Assistance) Act passed in March.

The affidavit also reveals that he "admitted to obtaining the unemployment benefits debit cards by using ‘thousands' of identity profiles in his possession." He also allegedly confessed that each debit card was loaded with $14,500 and that he used the “fraudulently obtained unemployment benefits to purchase the Maserati automobile."

In addition, the affidavit reportedly reveals that Mateer admitted to withdrawing $197,711 in cash from ATM machines across the Los Angeles area and $13,849 from EDD debit cards from September 19 to 25.

He was taken into federal custody on Oct. 21.

If convicted on all charges, he faces at least 17 years up to a life sentence in prison.