House Democrats prep a measure to remove Rep. Marjorie Taylor Greene (R-GA) from her assignment on the Education and Labor Committee.

WASHINGTON - Parler has terminated CEO John Matze, according to a memo Matze sent to staffers that has been obtained by Fox News.

"On January 29, 2021, the Parler board controlled by Rebekah Mercer decided to immediately terminate my position as CEO of Parler. I did not participate in this decision," Matze wrote. "I understand that those who now control the company have made some communications to employees and other third parties that have unfortunately created confusion and prompted me to make this public statement."

Matze wrote that over the past few months he has been met with "constant resistance" to his original vision for the social media platform following Amazon Web Services' decision to shut Parler down for failure to moderate "egregious content" related to the Jan. 6 Capitol riot. 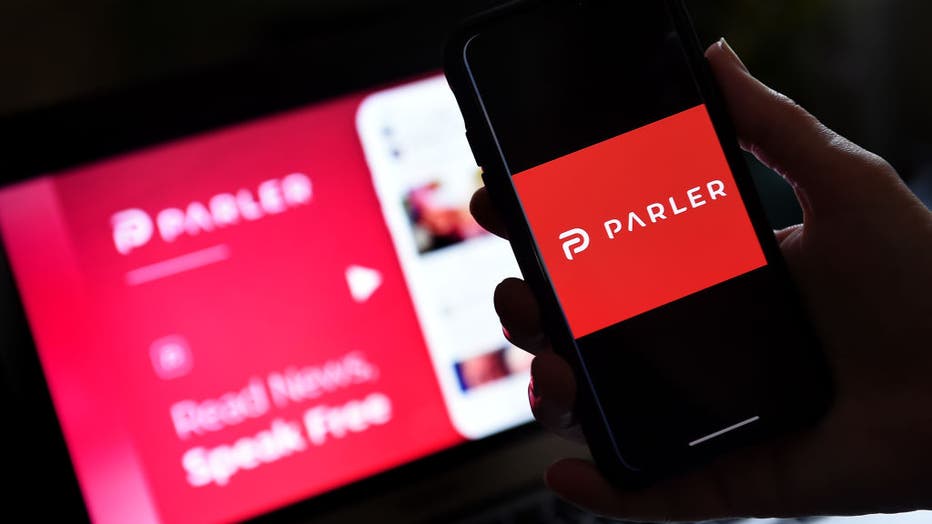 This illustration picture shows social media application logo from Parler displayed on a smartphone with its website in the background in Arlington, Virginia on July 2, 2020.

"Over the past few months, I’ve met constant resistance to my product vision, my strong belief in free speech and my view of how the Parler site should be managed. For example, I advocated for more product stability and what I believe is a more effective approach to content moderation," Matze wrote.

Parler did not immediately respond to a request for comment.

"I have worked endless hours and fought constant battles to get the Parler site running but at this point, the future of Parler is no longer in my hands," he continued. "I want to thank the Parler employees, the people on Parler and Parler supporters for their tireless work and devotion to the company. They are an amazing group of diverse, hardworking and talented individuals and I have the utmost respect for them. Many of them have become my second family."

Parler, a social media app that was widely embraced by Trump supporters because it favored free speech, saw a spike in users following Twitter’s permanent suspension of President Trump.

Parler has been down since Amazon Web Services cut it off and was expected to relaunch before the beginning of February but things were delayed. A Parler insider told Fox News the delay was caused by new branding and changes occurring within the company for the sake of stability.

Matze emerged as a star of conservative media amid the chaos surrounding his company being taken offline by Amazon, making regular cable news appearances to defend free speech.

Matze told staffers he will take a few weeks off before searching for a new venture.

"After that, I’ll be looking for new opportunities where my technical acumen, vision and the causes I am passionate about will be required and respected," he wrote. "I want to thank all the people of Parler that supported me and the platform. This has been the true American Dream: an idea from a living room to a company of considerable value. I’m not saying goodbye, just so long for now."

In addition to Amazon, Google and Apple have both suspended Parler from their respective app stores.