LOS ANGELES - Nine parents of Los Angeles Unified children have filed a proposed class-action lawsuit alleging that the district's plans for distance learning are inadequate and violate students' rights to a basic public education under the state constitution.

The LAUSD released a statement regarding the suit.

"Los Angeles Unified has not been served with a lawsuit,'' the statement read. "However, many of the challenges society faces present themselves in schools, including the impact of COVID-19. School districts like Los Angeles Unified have to balance the sometimes-conflicting priorities of the learning needs of students and the health and safety of all in the school community.''

Leilani Heard is 7-years-old. Her younger sister is in kindergarten. Their older brothers are in high school. And their parents Ronnie and Shanita Heard are frustrated with LAUSD’s distance learning plan. They are among 9 families who filed a class action suit hoping to get the school district to change its way.

“Our biggest issue is communication. We were unaware of a lot of the things that were supposed to happen from LAUSD  and then when they made us aware of certain things we were supposed to have they did not have it available for us," Shanita said.

Attorney Sierra Elizabeth with the firm Kirkland & Ellis says this case is being handled for free by her firm. She says what they want is a return to the kind of LAUSD workflows that existed before the pandemic which they believe could work at home.

She says things like student assessments have gone away. The families want immediate relief.

“Well, we actually filed a preliminary injunction today so that we could get immediate relief and have LAUSD stop with this current distance learning plan  and implement the strategies we’re advancing.” Elizabeth says the actual case may take a long time.

Akela Wroten, Jr.says his daughter’s learning is going backwards. He adds, “I’m tired of having little support from the district in distance learning.

Since school closed in March, Los Angeles Unified has been "working
to bridge the digital divide ensuring all students have devices and access to
the Internet,'' the statement went on. 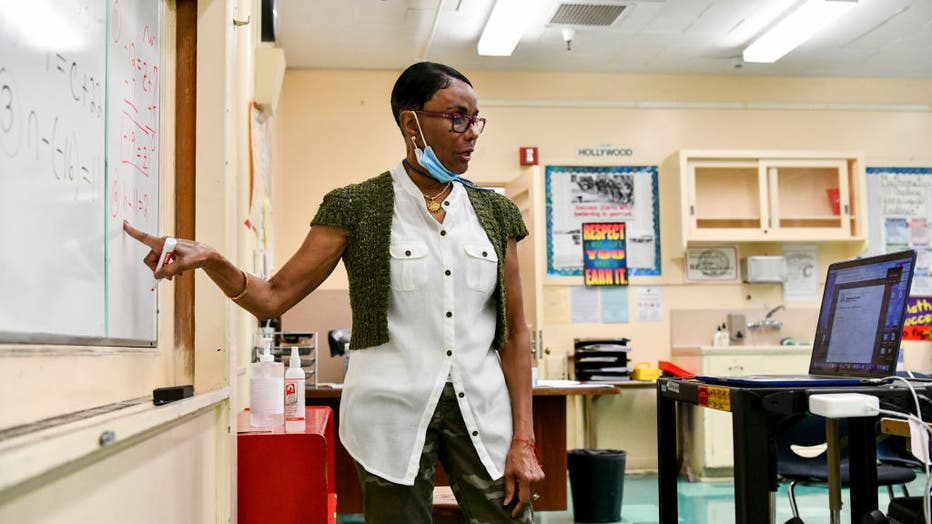 But according to the suit, during the spring semester LAUSD engaged only 36% of students in daily online learning and the district's engagement of Black students, Latino students, English-language learners and pupils with
disabilities was notably worse.

You can get more information on the effort at WorthMoreLA.org.