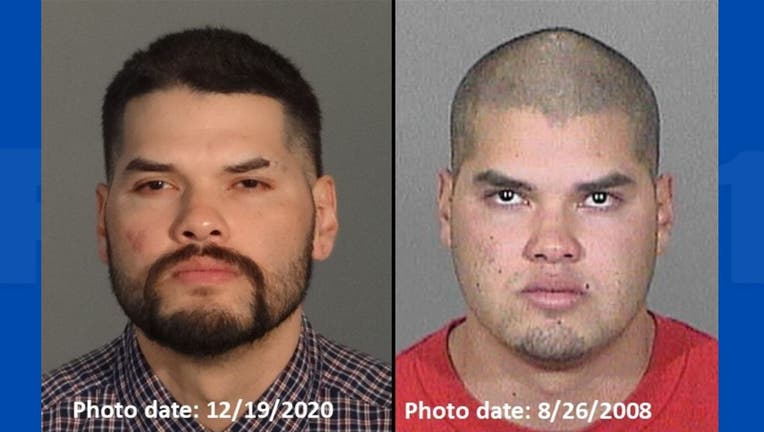 PALMDALE, Calif. - Sheriff's homicide detectives are searching for a murder suspect in Palmdale.

Detectives say Rudy Rodriguez Jr. shot and killed Frank Fuentes back on Jan. 21. This all happened on the 4100 block of East Avenue Q-14 in Palmdale. Shortly before 11 a.m. that morning, officials say the victim was driving past his ex-girlfriend's house and saw Rodriguez in the driveway. Fuentes then approached Rodriguez leading to an argument which then turned into a fight.

That's when police say Rodriguez pulled out a handgun and fired multiple shots before speeding away in a 2009 Honda Accord. When police arrived, they found Fuentes on the ground. He was pronounced dead at the scene.

The Honda Rodriguez was driving was found abandoned a few miles away from the scene.

Detectives say Rodriguez should be considered armed and dangerous. Anyone with information about this incident is encouraged to contact the Los Angeles County Sheriff's Department