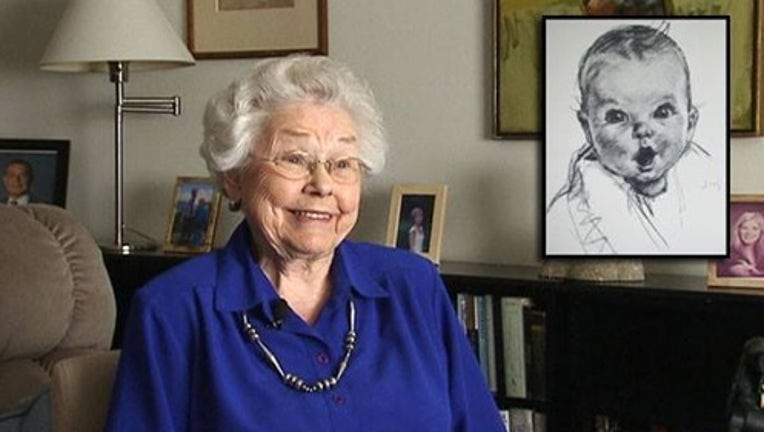 According to Gerber, a contest was held in 1928 to find a face to represent a baby food advertising campaign. Artist Dorothy Hope Smith, who was Cook's neighbor, entered a sketch she created, described as a "simple charcoal sketch of a tousle-haired, bright-eyed cherub of a baby with endearing pursed lips."

Watch a previous interview with Cook on FOX News here

Judges fell in love with Cook's baby face in Smith's sketch and when they chose it as the winner, they insisted it would remain a sketch. That sketch of Cook soon became the face that launched the Gerber brand and is now recognized all over the world.

Cook was born on November 20, 1926. She is an American mystery novelist and retired English teacher in Tampa.

This year, Magnolia became the first adopted baby to be chosen for the annual campaign.