VAN NUYS, Calif. (FOX 11) - In 1967, Lyndon Johnson was president. 'The Graduate' was the nation's number one film…and down at Disneyland, a new attraction opened: "The People Mover." Sponsored by the Goodyear Tire company 'The People Mover' was an elevated tram ride.

Riders were taken on slow-moving cars throughout the theme park's 'Tomorrowland' section. Disneyland's system was one of three developed roughly the same time.

Now, one of the original people movers has sold at auction in Los Angeles. An unidentified buyer paid $471,000 for this yellow two-car unit.

Only 13 in all are known to exist.

Also sold at the L.A. auction: an original poster for the Tomorrowland "Rocket To The Moon" attraction, and the marquee sign for the "Golden Horseshoe Revue" from the park's 'Frontierland'.

The auction was held at Van Eaton Galleries in Sherman Oaks. 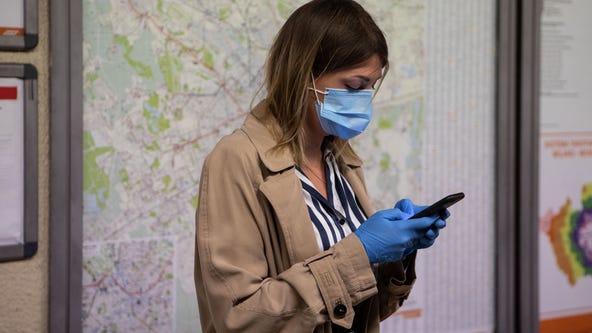