ALISO VIEJO, Calif. - The Orange County Sheriff's Department needs help identifying one or more suspects accused of touching students on their way to and from school.

A 12-year-old girl reported she was touched by a man on her way to school around 9 a.m. The student attends Aliso Viejo Middle School and authorities said she confronted the suspect and yelled at him before getting away.

She then reported the incident to school officials.

The victim described the suspect as a man in his early 30s, with dirty blond hair and a goatee. The suspect was wearing sunglasses and was dressed in all-black clothing. 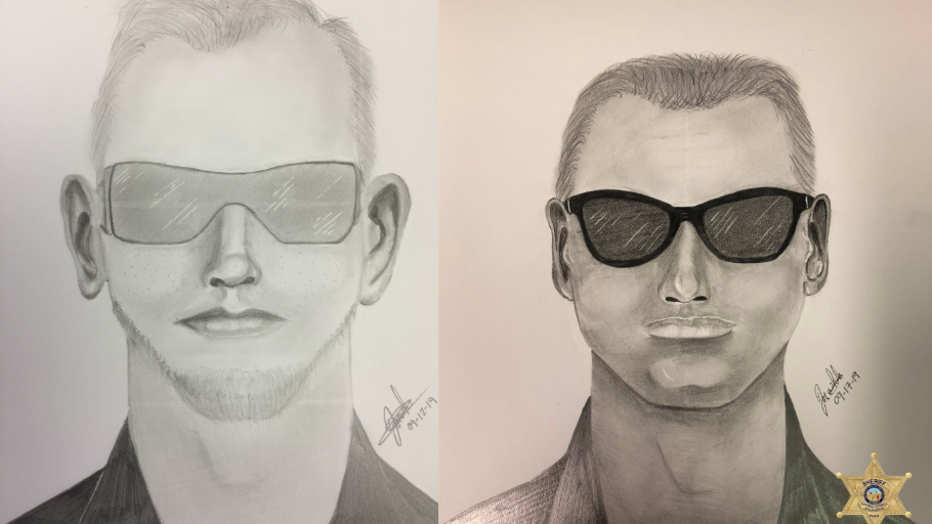 Authorities are working to determine if this is connected to another, similar incident that was reported on Tuesday, September 17.

Deputies received a report that a 16-year-old female walking home from Aliso Niguel High School along the Aliso Creek Hiking Trail was touched by a male suspect.

"As the victim was walking, the suspect pulled on her skirt. The victim slapped the suspect’s hand away, ran back home and reported the incident," sheriff's officials said. "The suspect ran off in an unknown direction."

The victim described the suspect as a man between 30 and 40 years old, approximately 5-foot-6-inches tall, weighing about 140 pounds. He was believed to have short black hair. The suspect was wearing sunglasses and was dressed in a black collared shirt and tan cargo pants.

A sketch artist responded to each reported incident and created a composite of each suspect. Investigators are working to determine if the incidents are connected.

"If you or your child are the victim of a similar crime, immediately get to a safe area and call 9-1-1," the sheriff's department warned.

Anyone with information about this investigation is asked to contact the Orange County Sheriff’s Department at 714-647-7419, or submit an anonymous tip to OC Crime Stoppers at 855-TIP-OCCS (855-847-6227) or at occrimestoppers.org.