An Orange County dad is desperate to get his two-year-old son out of Ukraine.

An Orange County man is desperate to get his 2-year-old son out of Ukraine.

Cesar Quintana claims his son, Alexander was abducted in Orange County by his estranged wife, Antonina Aslanova Quintana, in December 2020. He said he has full custody, but following a supervised visit, Aslanova allegedly kidnapped Alexander and took him back to her native country of Ukraine to avoid jail time.

"She was going to go to jail for DUIs. My wife suffers from depression and other mental health issues and has multiple DUIs. Even though we're still married, I asked the court to make me the sole custodian and I had full custody," said Quintana.

Quintana said his son is in the care of his estranged wife's mother the majority of the time. He spent months in Ukraine trying to get his son back to the U.S. and claims his wife kept asking for money in exchange for Alexander.

Quintana had to leave Ukraine when his visa expired.

The dad said he traveled to D.C. to meet with lawmakers this week.

"I feel very bad about what's happening with Ukraine. I see all these Congressmen and Senators talking about Ukraine and helping Ukraine and even talking about these children who were injured, which I also empathize with, but what about an American child in Ukraine? They just shrug their shoulders and say, ‘What can we do?’" he said.

Quintana said the last time he spoke with his wife was March 2 when he sent her money.

"Last time I knew he [Alexander] was in the city of Mariupol, which has gotten the worst of the Russian invasion, so I don't know. I just want to know that frankly, he's alive and not hurt. That's really more than anything that I want right now, and that he's not hungry or thirsty. There's no food or water in that city. Communications are non-available in that town because the cell towers are down," he said.

Quintana last saw Alexander in December when he traveled to Ukraine to make another attempt to bring his son home, but was unsuccessful. 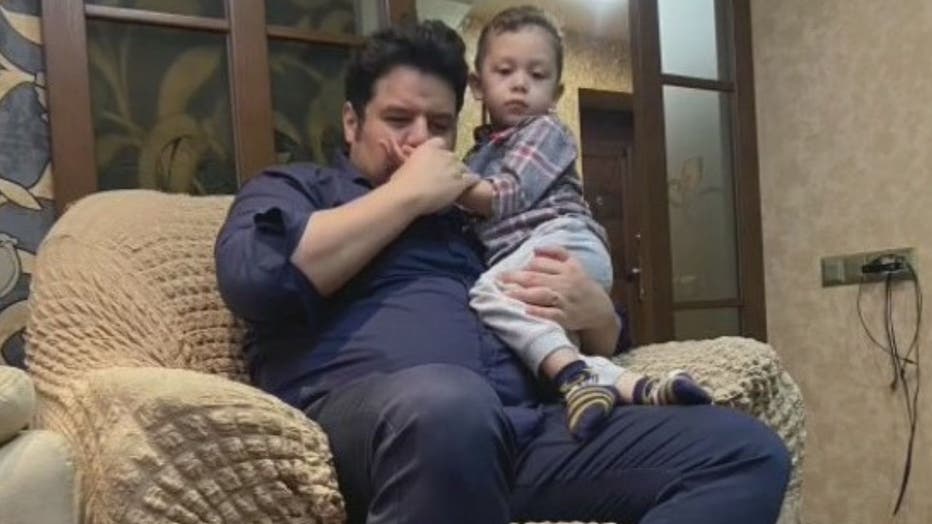 "Really I feel sad, almost depressed a lot of the time but if I fall into that, it's not going to help my son, so I try to just focus on him and in a way imagine he's waiting for me," he said.

Quintana said he plans to travel to Poland next week to find his son.

A felony warrant for Child Abduction was issued for Antonina on January 15, 2022. Although Alexander is missing from Kyiv, the Orange County Sheriff's Office is interested in his whereabouts.