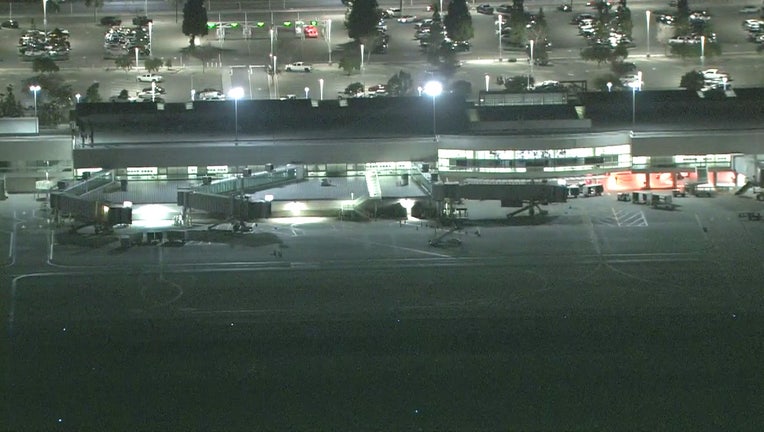 ONTARIO, Calif. - The county of San Bernardino reports that it has been notified by the State Office of Emergency Services that Ontario International Airport may serve as the repatriation point for up to 240 U.S. citizens, including nine children, arriving from the Wuhan region of China in a U.S. State Department-chartered aircraft.

A county statement issued Monday says county departments and personnel "are working closely with our state, city and ONT partners to prepare for this possible repatriation, focusing on ensuring the arriving citizens are free of any illness before clearing them to proceed to their respective U.S. destinations, and protecting the San Bernardino County community from the possibility of exposure to any contagions."

Ontario International was designated by the federal government as the official repatriation center for California about a decade ago, "and various county departments have participated in numerous comprehensive repatriation exercises with state and federal agencies during the past several years to ensure the county and all other agencies are prepared for this type of event," according to the county's statement.

The occupants of the aircraft will consist entirely of U.S. State Department employees, U.S. contractors who have been working in China, and other U.S. citizens. The aircraft will first arrive in Alaska, where occupants will be examined by personnel from the U.S. Centers for Disease Control and Prevention. No occupants who present symptoms of illness will be allowed to proceed into the continental United States. Upon arrival in the continental U.S., possibly ONT, aircraft occupants will again be screened by CDC personnel and monitored for up to two weeks.

The Department of Public Health, Office of Emergency Services and other county departments are establishing a reception area and temporary living quarters in a space at the Ontario Airport "far removed from the passenger terminals and other public areas," and Ontario police and other public safety personnel "are prepared to ensure no unauthorized persons enter or exit the
area."

ONT will proceed under normal operations during this period.