It was an emotional day in Orange County, as the community renamed a baseball park after coach John Altobelli. Altobelli was killed in 2020 when the helicopter he was in, along with Kobe Bryant, crashed in Calabasas.

ORANGE COUNTY, Calif. - It was an emotional day at Orange Coast College on Saturday as many honored beloved coach John Altobelli.

The community renamed the baseball field after him.

John Altobelli died in 2020 along with his wife Keri and daughter Alyssa in the same helicopter crash that killed Laker great Kobe Bryant and his daughter Gianna. In all, nine people died that day.

Memorial held for Altobelli family, who died in crash with Kobe Bryant, at Angel Stadium

The idea to rename the park came long before today. Those who knew and loved coach Altobelli best wanted the pandemic to ease enough to allow for this dedication... with fans in the stand and a game where both teams wore the coach's number 14. 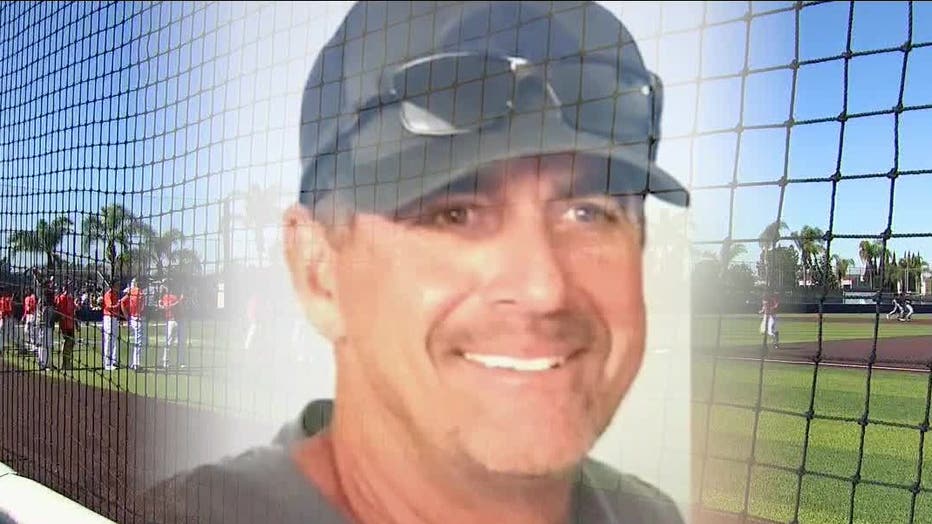 "27 years he did a ton for this program, a ton for this school. Everything you see that is around me, the turf field, the bathrooms, the press box, everything like that he fundraised for it, he got donors for it. And he got a ton of wins, 705 wins," said coach Nate Johnson.

From the Star Spangled Banner to the ceremonial first pitch, at the mound was Altobelli's brother Tony along with his dad Jim as the catcher. 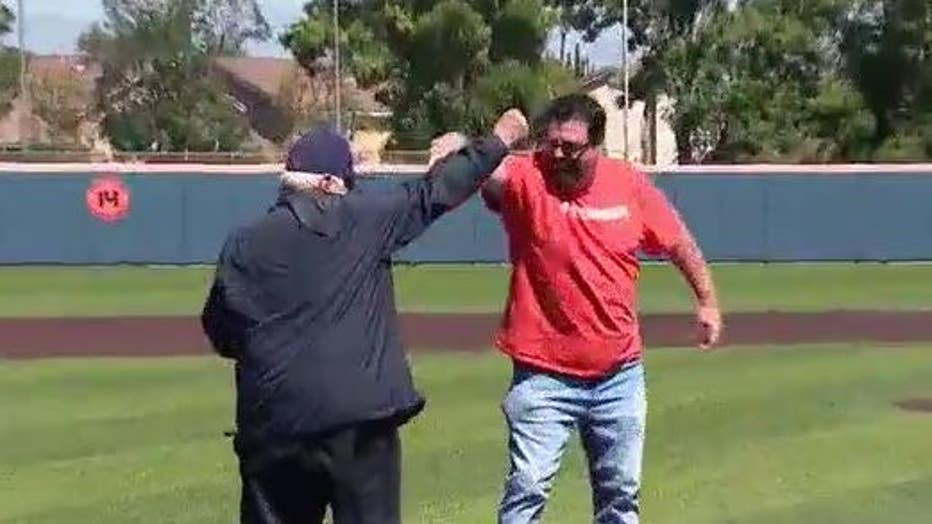 "The names on the field now, it’s going to be here forever and we’re so honored, so proud of that. While I’m here at Orange Coast it’s my job to keep that legacy alive and make sure he’s never forgotten," stated Tony Altobelli.