An armed robbery involving relatives took a horrific turn as a baby and a 14-year-old girl were both forced into a van.

ORANGE COUNTY, Calif. - Four people, including a baby and a 14-year-old girl, were at the center of a horrific crime spree where their own relatives kidnapped them during a violent armed robbery in Westminster.

The Westminster Police Department responded to a call in the 14300 block of Pine Street around 2:30 a.m. Thursday. When officers arrived, they found a man and a woman suffering head injuries. Westminster PD learned two suspects broke into a home and then demanding money before pistol-whipping the two adult victims.

Police tell FOX 11 that the suspects and the victims are all related.

The armed robbery turned assault took an even more horrifying turn after the suspects forced the two adult victims, the baby and the 14-year-old girl (who both happened to be home during the pistol-whipping incident) into a rental moving van parked outside the home, according to Westminster PD. After forcing them into the van, the suspects took all four of the kidnapping victims into a motel room in Costa Mesa, Westminster PD said in a press release.

The suspects allegedly threatened to kill the victims if they did not get them the money, but the two adult victims were able to escape the motel room, but left the two kids behind. The two adult victims eventually returned to the Westminster home and called 9-1-1 to tell dispatch what had just happened. 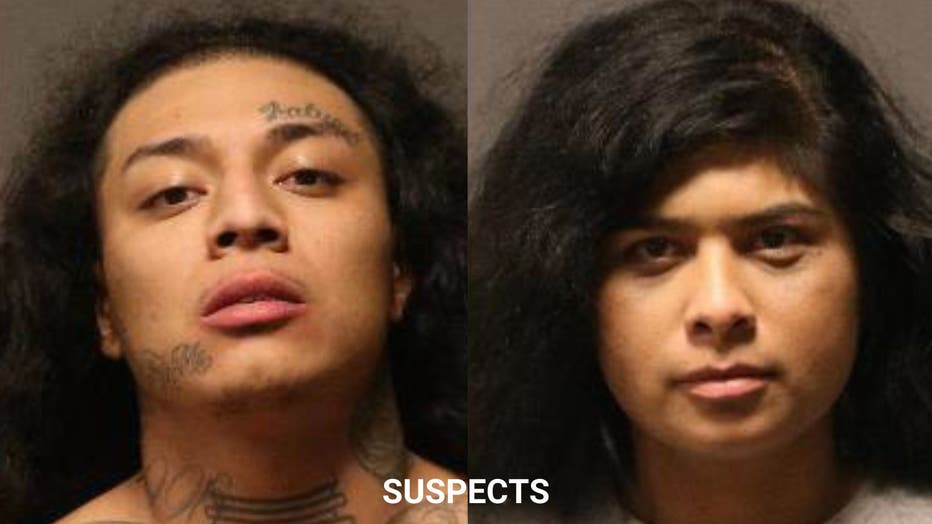 Michael Alexander Rodriguez and Bich Dao Vo were both arrested after they were wanted in connection to a kidnapping in Westminster. PHOTO: Westminster PD

With the help of the Costa Mesa Police Department, officers were able to find the two children were safe and not hurt inside the motel room. The suspects, later identified as 30-year-old Bich Dao "Michelle Rodriguez" Vo and her 26-year-old husband Michael Rodriguez, were eventually found and taken into custody after police found the van they drove in and pulled them over, according to Westminster PD's press release.

Police found and confiscated a loaded .40 caliber handgun and a loaded AK-47-style rifle from the suspect's van, Westminster PD said. Police believe the suspects' crime spree may have been drug-fueled.

The couple is expected to face charges related to the kidnappings, assault with a firearm, robbery, false imprisonment, child endangerment and felon in possession of firearm.