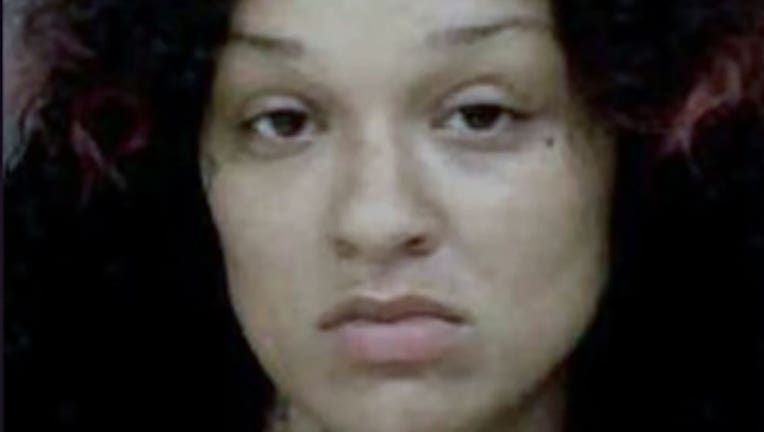 Malikah Bennett, 31, has been charged with her alleged murder and child abuse. (Charlotte-Mecklenburg Police Department )

Majelic Young, 4, died last year but her remains weren’t discovered until late May when investigators found the little girl's body in her own backyard in north Charlotte, according to FOX 46 in Charlotte, North Carolina.

The girl hadn’t been seen since the late summer of last year before her body was found; her mother Malikah Bennett, 31, has been charged with her alleged murder and child abuse.

Bennett allegedly wouldn’t allow her daughter to sit down or takes breaks while she was in the laundry room last August, causing her to poop in her pants after the first day and to grow so weak by the third that she fell backward out of the door and hit her head, the girl’s 13-year-old sister told investigators, according to WBTV and WSOC-TV in Charlotte.

The sister said her sibling died after the third day. She added that after Bennett unsuccessfully tried CPR, the mother wrapped the child's body in two plastic bags and placed her in the trunk of her SUV without notifying authorities of her death, according to WSOC.

After the smell of the corpse became unbearable, Bennett allegedly buried the girl in a shallow grave in her backyard. Bennett forced the 13-year-old sister to help bury her younger sister, the teen claimed, WSOC reported.

"It’s a struggle every day but we continue to pray and have faith," the girls' aunt, Sabrina Baker, said last month, according to FOX 46.

Before the girl's body was found, Bennett would allegedly tell people that her daughter was visiting another family member or another lie about why she hadn’t been seen, according to FOX 46.

The girl's grandmother, Tammy Moffett, was also charged with concealing a death and as an accessory after the fact, WBTV reported.