A decades-old holiday tradition is once again kicking off on Christmas Eve: The NORAD Santa tracker is following Santa Claus around the world as he and his reindeer deliver gifts.

NORAD starts tracking Santa’s movements every year around 4 a.m. EST on Christmas Eve through its website and app. Starting at 6 a.m. EST, operators stand by for children to call and hear the latest on Santa’s whereabouts. You can call toll-free at 1-877-HI-NORAD (1-877-446-6723), and watch the tracker live in the video player above starting at 9:30 p.m. EST.

The NORAD Santa Tracker website supports eight languages. You can email them at noradtrackssanta@outlook.com.

History of the NORAD Santa Tracker

Track Santa's journey across the world

Fans of the NORAD Tracks Santa program will be able to get updates on Old Saint Nick’s whereabouts.

NORAD started tracking Santa’s whereabouts in 1955 when a young child tried to call Santa after seeing a misprinted department store ad from a local newspaper.

"Instead of calling Santa, the child called the Continental Air Defense Command (CONAD) Operations Center in Colorado Springs, Colo." NORAD said on its website. "Air Force Col. Harry Shoup, the commander on duty that night who answered the child’s phone call, was quick to realize a mistake had been made and assured the child he was Santa."

An influx of children called the agency in search of Santa, so they assigned a duty officer to answer the calls. The tradition continued when CONAD became NORAD in 1958. 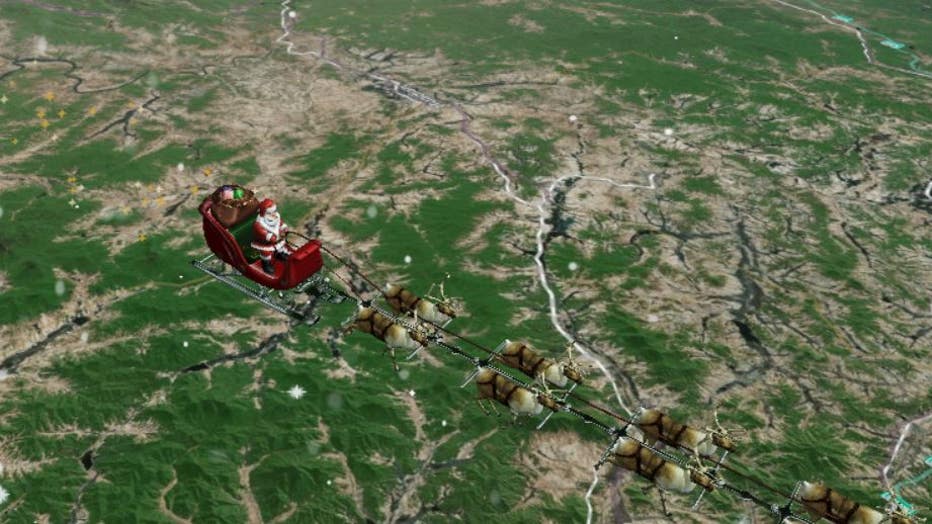 In addition to tracking Santa, NORAD monitors all traffic in North American airspace 24 hours a day, 7 days a week, 365 days a year.