On this Election Eve, DC is unrecognizable compared to elections past. Businesses are boarded up, streets are closed and a record number of voters here and across the country have already cast their ballots.

WASHINGTON (FOX NEWS) - With Election Day preparations in full swing across the country, the White House will have a “no climb” fence installed this week around the entire complex, a law enforcement source told Fox News on Monday.

A similar fence already exists around Lafayette Park and parts of Pennsylvania Avenue in front of the White House for Inauguration Day construction.

Such fencing was also used around the White House over the summer following unrest over the death of George Floyd. Those fences ranged from seven feet to more than nine feet high.

The precautions come during one of the most contentious presidential elections in recent memory and concerns over possible unrest in the wake of Tuesday's results.

DC Metro Police Chief Peter Newsham said Thursday there were no “credible threats right now of violence,” but said several groups had applied for permits to conduct large demonstrations and the entire police department would be working on Election Day.

Businesses are boarding up, just trying to be prepared, unknowing of what might happen outside of the White House on Election Day or the coming days.

Mayor Muriel Bowser said she had not decided whether to use National Guard troops for election-related violence, though some troops remain activated amid the coronavirus pandemic.

Preparations for possible unrest in the nation’s capital have extended beyond the White House. 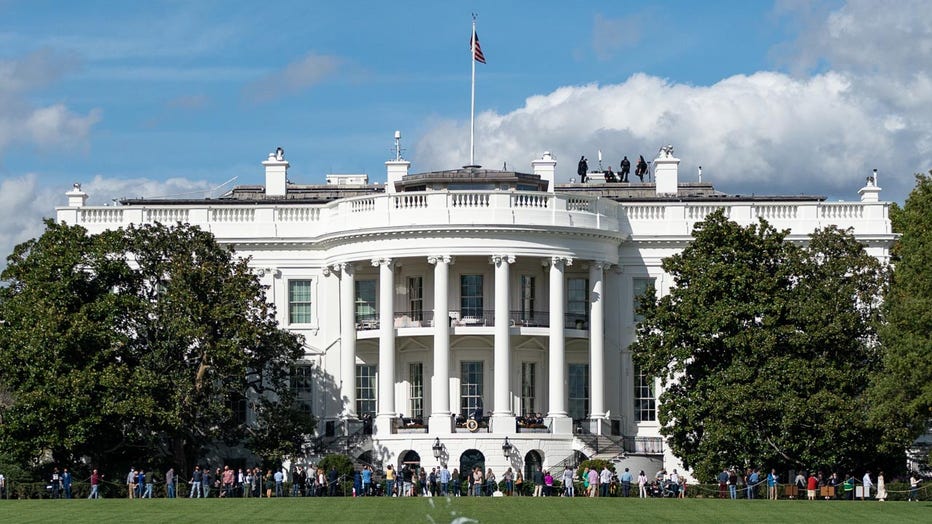 Just blocks away from 1600 Pennsylvania Avenue, businesses such as hair salons, restaurants, clothing stores, and banks were boarded up Sunday. Wells Fargo, CVS Pharmacy and the Washington Sports Club were among some of the business with plywood protecting their windows.

Several businesses were reportedly expecting to close on Election Day, and possibly for the entire week.

Some residents also have reported seeing low-altitude helicopters flying over downtown Washington, D.C. and other areas in and around the nation’s capital over the past weeks.

The flights have been conducted since Oct. 19 in preparation for Inauguration Day on Jan. 20, 2021, the National Nuclear Security Administration (NNSA) said in a statement last month.

The aircraft, part of the federal agency’s Nuclear Emergency Support Team (NEST), “will measure naturally occurring background radiation as part of standard preparations to protect public health and safety on the day of the event,” the NNSA said.

Residents may see a twin-engine Bell 412 helicopter flying at 150 feet or higher during the day, the agency said. Each flight was expected to last for approximately two hours.