The suspect believed to have made an online threat against synagogues in New Jersey has been identified and officials say he no longer poses a danger.

NEWARK - FBI agents have identified the man they believe posted a broad online threat against synagogues in New Jersey but do not believe he was planning to carry out a specific plot, a law enforcement official said Friday.

Law enforcement authorities questioned the man, whose identity was not immediately released, and don't believe he had the means or motive to carry out any specific attack, The Associated Press reported. The man told federal agents that he was angry with Jewish people because he'd been bullied in the past, a source told The AP.

The FBI's Newark Field Office, which first announced the threat on Thursday, posted a statement on Twitter just after 11 a.m. Friday that the "source of the threat" was no longer a danger.

"Upon receipt of threat information against an unspecified New Jersey area synagogue, the FBI notified community leaders and our law enforcement partners. We identified the source of the threat who no longer poses a danger to the community," the FBI said in the statement. "As always, we would like to remind the public, to remain vigilant and if they observe suspicious activity to report it to law enforcement immediately."

We identified the source of the threat who no longer poses a danger to the community. 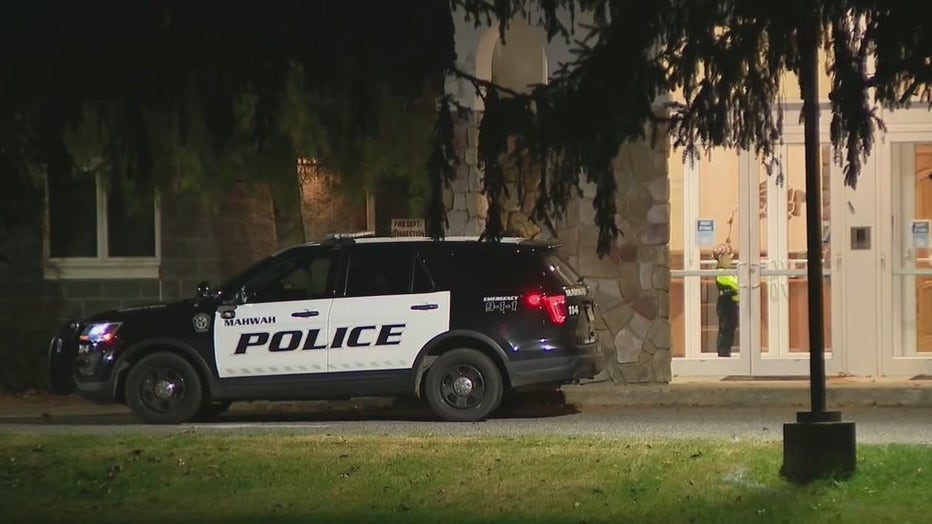 A police vehicle outside a synagogue in Mahwah, N.J. (FOX 5 NY)

Gov. Phil Murphy thanked the FBI and law enforcement for "mitigating the immediate threat to our Jewish synagogues."

"While this specific threat may be mitigated, we know this remains a tense time for our Jewish communities who are facing a wave of anti-Semitic activity. We will not be indifferent. We will remain vigilant. We will take any and every threat with the utmost seriousness and we will stand up and stand shoulder to shoulder with our Jewish congregations," Murphy said in a statement. "This threat violated one of the most fundamental tenets of our nation – the right to worship according to the dictates of our consciences and our sacred and holy traditions. We will always endeavor to ensure that every New Jerseyan of every faith may continue to live, study, and worship without fear for their safety."

In a joint statement, the volunteer security group Community Security Service, the Anti-Defamation League New York/New Jersey Region, the Jewish Federations of New Jersey, and the Community Security Initiative said they would continue to be vigilant while protecting their institutions.

"We are deeply grateful for the ongoing partnerships between our organizations, particularly in this time of crisis and uncertainty," Community Security Service CEO Evan Bernstein said in the statement. "As antisemitism again rears its ugly head, we must remain vigilant and be ready to act at a moment's notice to defend our institutions. In this way we fulfill the solemn promise: never again."

The FBI's Newark office on Thursday had said that it was investigating "credible information of a broad threat to synagogues" in New Jersey. "We ask at this time that you take all security precautions to protect your community and facility," FBI Newark tweeted.

This is a developing story. With The Associated Press.

The FBI's Newark field office said it was investigating "credible information of a broad threat to synagogues" in New Jersey.