LOS ANGELES - Brandon Luna, 12, thought he was going to the Power 106 Radio Station to give gifts to kids in need — but was surprised with a gift instead.

It has been a tough year for his family. Brandon recently lost his grandfather and his dad won’t be home for the holidays because of immigration issues.

Through trying times, Brandon found solace in playing the tuba.

Brandon’s mother Margarita couldn’t afford to buy him his own tuba, so he’s had to borrow his band directors' instrument.

Margarita's co-worker Elizabeth was the elf who called the station to ask for help. 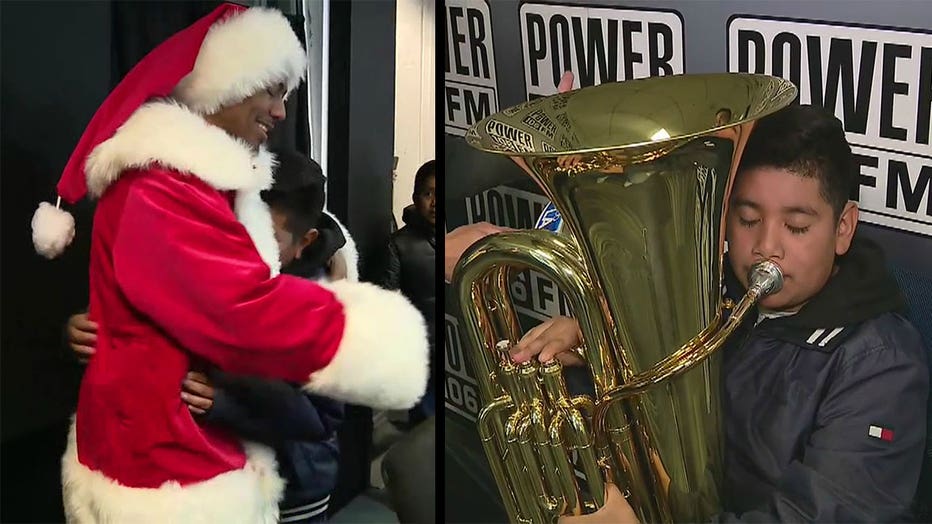 Nick Cannon and Power 106 bought a brand new tuba for Brandon. Now, he can play and practice whenever he wants — giving the family a bit more harmony this holiday season.