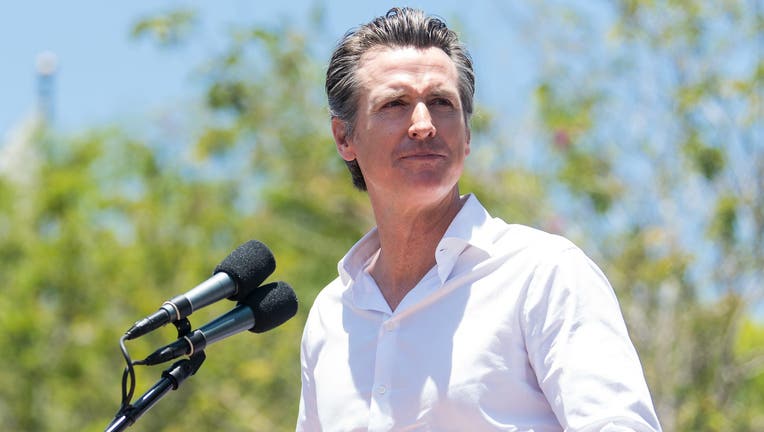 LOS ANGELES - California Governor Gavin Newsom said Wednesday that he stands with President Joe Biden as he called on Americans to overcome their divisions in his inaugural address.

"Today is a hopeful and inspiring day in America. I stand with the President in his clarion call for unity and healing, to once again listen to and respect our fellow Americans, to ‘end this uncivil war,'" Newsom said in a statement. "California stands ready to be a full partner to the Biden-Harris administration as they tackle some of the most challenging crises of the generation: restoring our nation’s promise and reasserting our leadership on the global stage – all while working to bring the COVID-19 pandemic to an end, advance our economic recovery and build back better."

Biden took the stage for his inaugural address around noon Wednesday. In his first remarks as president, he said his swearing-in marks a day of "history and hope" and that the country has "learned again that democracy is precious."

Biden called on Americans to overcome their divisions, declaring in his first address in office that "without unity, there is no peace." He referred to America’s political climate as an "uncivil war," and called for the end of divisions like city vs. rural and conservative vs. liberal.

Biden also pledged that he would be honest with the country as it continues to confront difficulties, saying that leaders have an obligation "to defend the truth and defeat the lies."

He asked even those who did not vote for him to give him a chance. He said, "Hear me out as we move forward."

He added, "We must end this uncivil war that pits red against blue."