Every year, FOX 11 celebrates the best holiday displays around Southern California. We call the series Holiday Lights.Tonight we feature a display in Glendora.

GLENDORA, Calif. - A group of neighbors on Flamingo Street in Glendora have participated in a Christmas lights show for the past 13 years, and it's become a tradition in the area.

The show was started by Richard and Diva Burns in 2007.

"I've had people come up to me and introduce their children saying I grew up watching this show and now I'm bringing my kids and that's really special. I like to see that," said Richard.

Diva said they enjoy watching people's reactions to the displays each night.

"Every night after dinner we come out and watch the crowds and talk to people and watch them enjoy it and see the kids run around and scream and yell. It's a lot of fun," she said.

Richard makes a lot of the display items on his own through welding, a hobby he picked up 13 years ago. 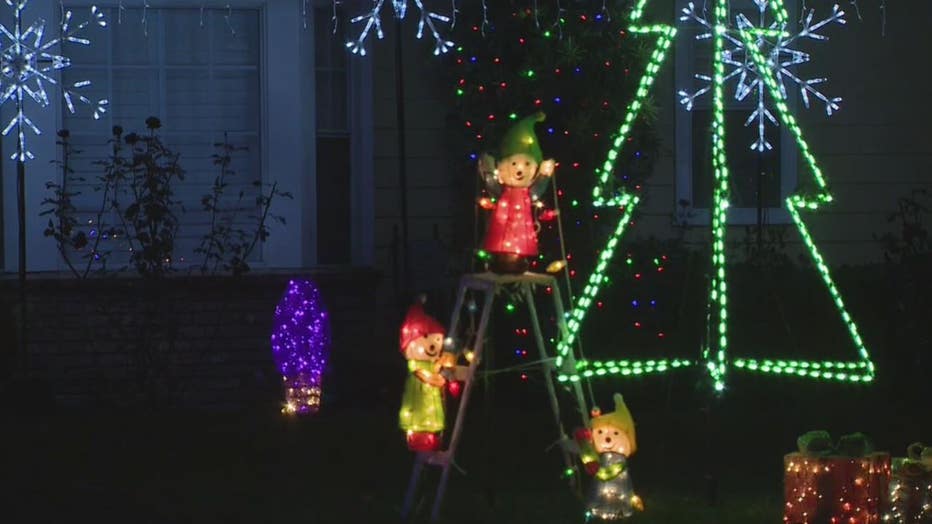 "I come up with the idea. I draw out the plans. I do the welding and put on the lights and she [Diva] helps me set up. This year, because of Covid, we had a lot of extra time at home and I started in March welding some of the new stuff in the show this year," said Richard.

Six neighbors joined in on the traditional event, including Tony Reardon, Lori Colletta, and Christian Scott who joined this year with a festive display.

"I love Christmas and when I got the opportunity to finally be able to join and put up the lights, I said for sure I'm gonna do it because you can't not do it when you live on this street," said Scott.

Lori Colletta was the second neighbor on the street to participate in the show with her husband who passed away.

"My husband passed away and so the first year he passed away, I decided that I love this and I'm going to keep it going even though I didn't know what I was doing but fortunately all the neighbors stepped up and helped me with everything," she said. 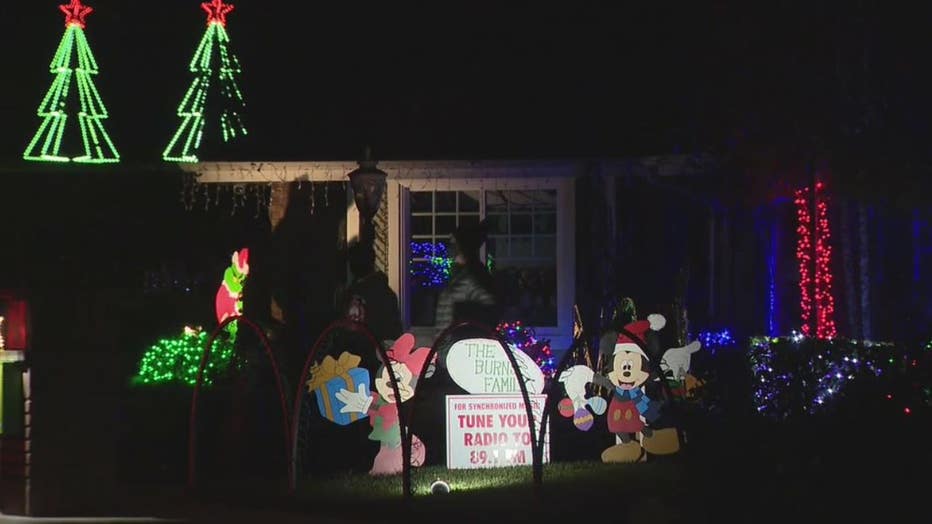 Colletta said Christmas was her husband's favorite holiday and a lot of the display items in her yard were bought by her and her husband.

"My husband and I did seven cross country trips and one of the things that we always did was stop into these Christmas stores that were open all year and buy things and bring them back," she said.

Tony Reardon said it brings the neighborhood closer together each year.

"We all get together. We help each other when we're putting things up and there's lots of opportunities to spot people on roofs and help them put something up. It is a lot of joy and brings the neighborhood closer together," he said.

The event is safe for families during the pandemic as well with it being a drive through event.

"What's so good about it this year is as bad as 2020 has been and everybody would just like to see it in the past, this is something they can do and social distance and still enjoy it," said Richard.

The annual event also raises money for City of Hope Pediatrics, and has raised 101,000 in 13 years.

Is your Christmas lights display worthy of being featured on TV? Email us at Fox11News@foxtv.com with the subject line "Christmas Lights" and a photo or video of your display for a chance to be featured.