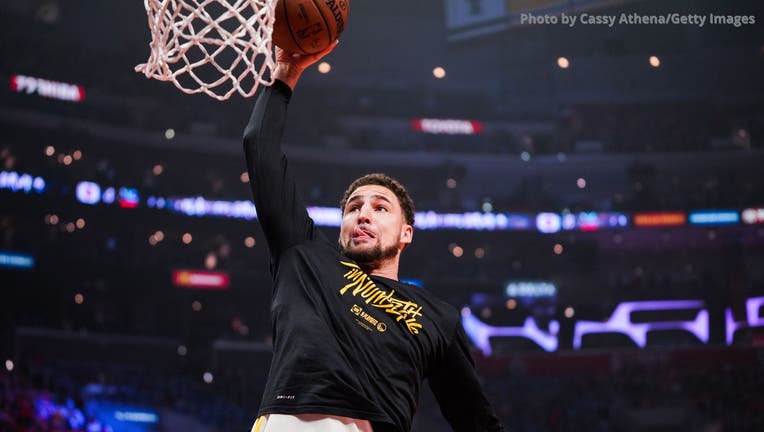 Klay Thompson of the Golden State Warriors dunks the ball during warm-ups before a game against the Los Angeles Clippers at Staples Center on April 26, 2019 in Los Angeles, California. (Photo by Cassy Athena/Getty Images)

SAN FRANCISCO (AP) - Golden State guard Klay Thompson has injured his leg during a workout on his own in Southern California.

The team announced the injury without providing further details on the severity or any timeline for his availability with training camp starting Dec. 1 and the season beginning Dec. 22.

It was unclear how this might affect Golden State’s draft decisions with the Warriors holding the No. 2 overall selection.