According to the U.S. Navy's Pacific Fleet, a search and rescue operation was launched after an MH-60S helicopter crashed into the sea about 60 nautical miles off the coast of San Diego around 4:30 p.m. Tuesday.

The helicopter embarked aboard the U.S.S. Abraham Lincoln, the Pacific Fleet said on social media.

Officials later said that one crewmember had been rescued and "search efforts continue for five additional crewmembers." 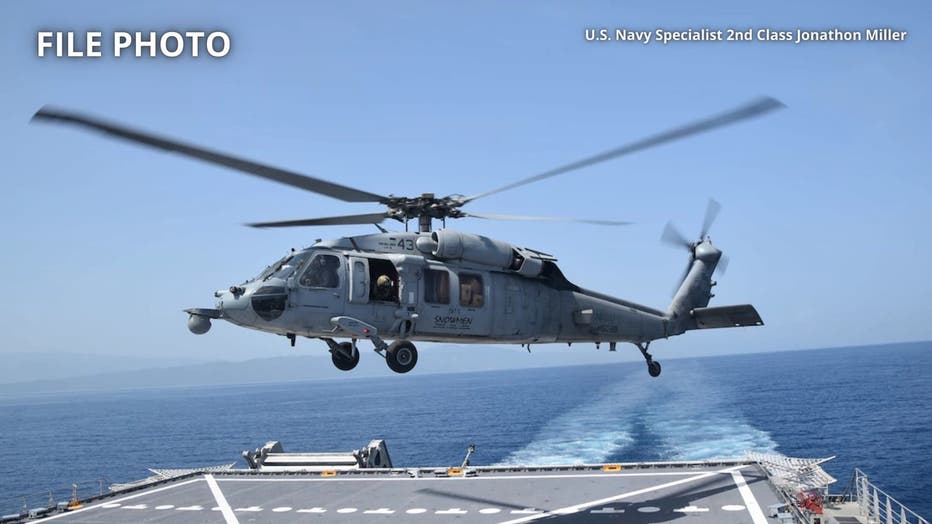 "Search and rescue operations are ongoing with multiple Coast Guard and Navy air and surface assets," the tweet said.

The MH-60S is a versatile aircraft that typically carries a crew of about four and is used in missions including combat support, humanitarian disaster relief and search and rescue.