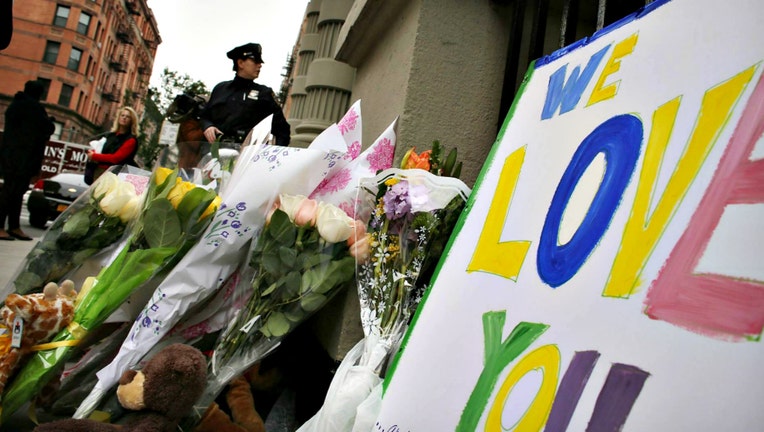 FOX NEWS - The Manhattan nanny accused of brutally murdering two children under her care had the "eyes of the devil" after the murders, a witness testified Monday.

An NYPD Emergency Services Unit testified that one of the children was "partially decapitated" and the other has a similar injury "straight down to the spine," according to The New York Post.

No one denies that Yoselyn Ortega used kitchen knives to butcher 2-year-old Leo Krim and his 6-year-old sister Lucia, who went by Lulu, on Oct. 25, 2012. But the testimony is crucial to resolving the central question of the trial: whether Ortega was too mentally ill to be held responsible for the crimes -- a high bar to clear in New York state.

When Marina Krim arrived home to find her bloodied children stacked in a bathtub, she began howling, "'They're dead! They're dead," the building superintendent testified Monday.

"I didn't freak out," Minihan testified, according to The New York Post. "You've got to understand, I opened the door and I see somebody staring with the eyes of the devil holding a rag to her face. Her eyes were bugging. She's staring right at me."

He also said he told an arriving officer that "whatever is in there is evil."

First responders testified Monday that the episode had taken an emotional toll.

After discovering the bodies, "I called my four daughters and told them that their daddy loved them," paramedic Kevin Orr testified.

He called it "probably the most horrendous scene in my 27 years of saving lives."

Krim told the panel she and Ortega, hired part-time as an extra pair of hands for the well-to-do stay-at-home-mom, had worked out their schedule for Oct. 25, 2012.

When Ortega didn't bring Lulu to a dance studio as scheduled, Krim hustled home, she testified.

Prosecutors say Ortega waited until Krim found the children dead in the bathroom before plunging a knife into her own neck. She survived. Lulu suffered more than 30 wounds; Leo, five.