A mummified body was found inside an Arizona home while police were investigating a report of a woman burglarizing that very house on Sept. 10.

BULLHEAD CITY, Ariz. - A mummified body was found inside an Arizona home while police were investigating a report of a woman burglarizing that very house on Sept. 10.

At around 3:30 a.m., officers from the Bullhead City Police Department in Mohave County were called to a home near 7th Street and Palm Avenue for a possible burglary in progress. Neighbors told police they thought their neighbor moved away because she hasn't been seen in a year.

A woman was found inside a bathtub in a "mummified" condition, officials said.

She was identified in October as 60-year-old Wendy Mica. It's unknown how long she had been dead, but authorities say there appeared to be no foul play involved.

As for the woman who allegedly broke into the home, officers say it wasn't her first time inside as she was reportedly there two days earlier. 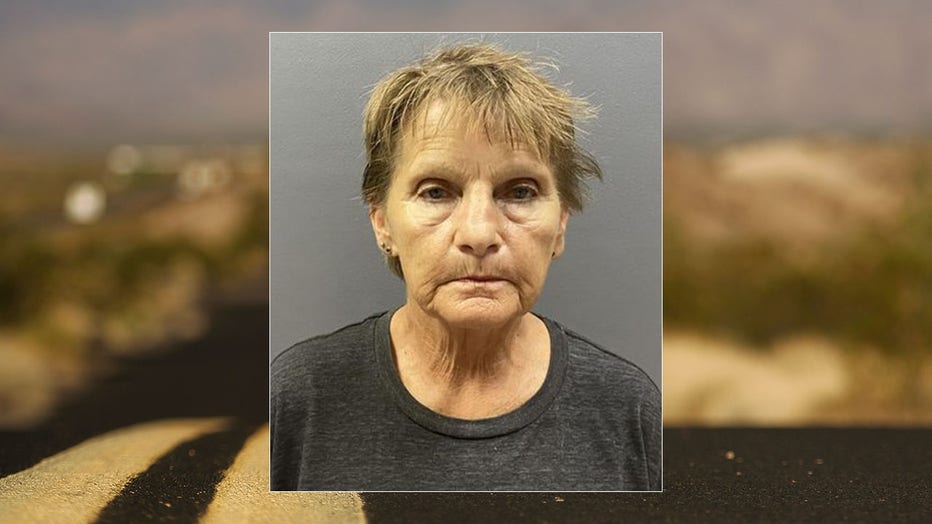 Christine Walters is acussed of burgalrizing a dead woman's home in Mohave County, among other charges she could be facing in connection to the incident. (Background image) A yellow continuous double line is seen on a road near the town of Yucca in M

65-year-old Christine Lee Walters was found inside the home and reportedly had taken purses, bags and clothing to sell online.

Walters was booked into jail on suspicion of burglary.

"Detectives then served a search warrant into Walters’ residence and in her vehicle and located more items belonging to the victim, including her birth certificate, IRS paperwork, driver’s license, and credit cards. Police also found drug paraphernalia items and a useable amount of methamphetamine. Detectives have requested additional charges on Walters for theft of a credit cards, possession of dangerous drugs and possession of drug paraphernalia," police said.