Two US Marines from Riverside County were laid to rest this weekend. The community came out to show their support for the two hometown heroes who were killed in August in Kabul.

Family and friends of Lance Cpl. Kareem Nikoui packed a church in Riverside to celebrate the life of the 20-year-old Marine from Norco.

He was one of 13 U.S. troops killed in a horrific suicide bombing at Afghanistan’s Kabul airport, which also claimed the lives of more than 160 Afghans, on Aug. 26.

Nikoui sent videos to his family hours before he died, showing himself interacting with children in Afghanistan.

Phil Wozniak, pastor of Grace Fellowship Church Norco, said Nikoui pulled three families to safety and went back to the airport to rescue a child when the bomb went off.

"It didn’t surprise me that those were his last moments," his sister Shyler Chappell said.

She said her brother had wanted to become a Marine "for as long as I can remember" and went on to join the Junior ROTC at his high school. 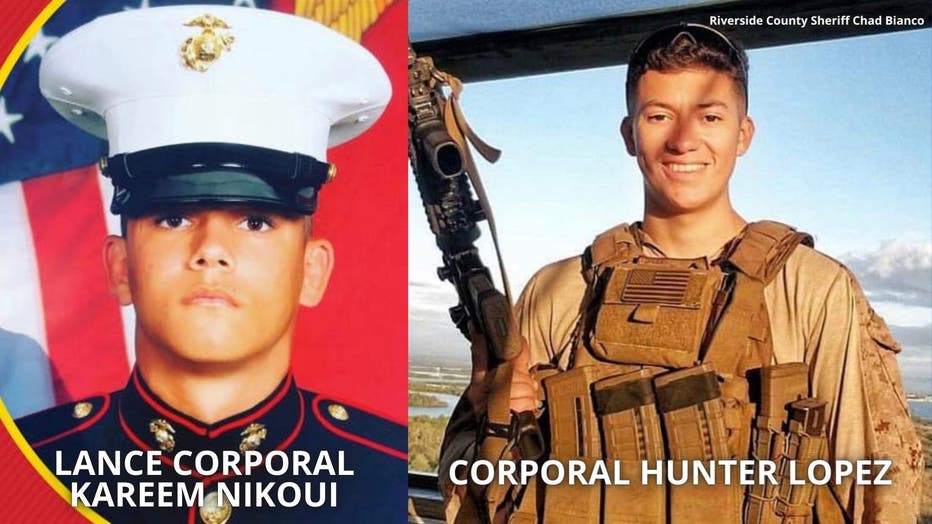 At a memorial service in Palm Springs for Cpl. Hunter Lopez, 22, mourners noted his final heroic act — rescuing children from a rioting mob before the blast took his life.

"He died a hero saving the lives of those he did not know," Riverside County Sheriff’s Lt. Tim Brause said.

Lopez was part of a special crisis response team sent to provide security and help U.S. State Department officials evacuate thousands of Americans and Afghan refugees fleeing the Taliban as the 20-year war drew to a close, the Riverside Press Enterprise reported.

He had planned to follow in the footsteps of his parents and embark on a career in law enforcement after his military deployment. As a teen, he had been in the Explorer program at the Riverside County Sheriff’s Department, where his mother is a deputy and his father is a captain.

"Our family is overwhelmed by the outpouring of love and condolences we’ve received in the wake of Hunter’s sudden passing," the parents said in a statement. "Please know that Hunter wore the United States Marine uniform with love and pride, and it is very apparent that the community will never forget his sacrifice and our family." 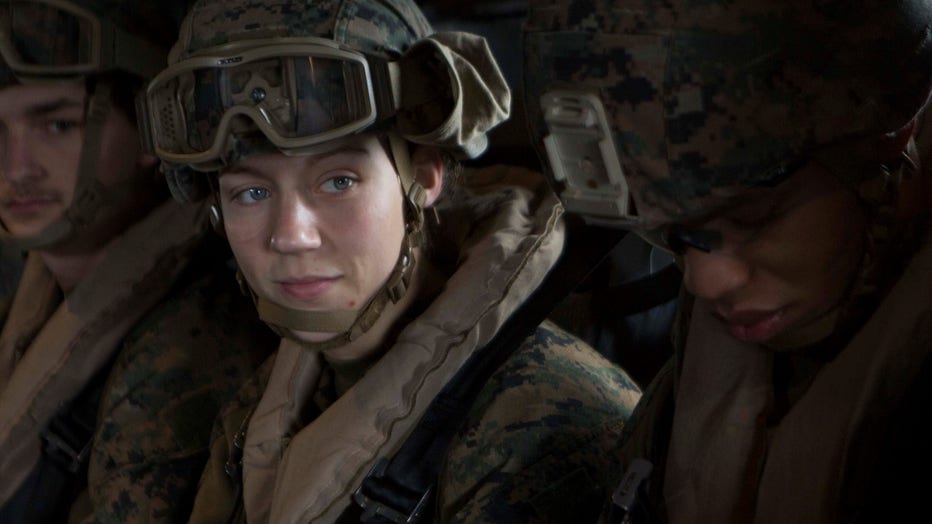 In Northern California, the aunt of Sgt. Nicole Gee remarked on the iconic photo of her niece cradling an Afghan baby in her arms. Cheryl Juels told mourners gathered in a Roseville church that the image was taken near the end of a long, sleep-deprived shift, when someone handed Gee a baby to comfort.

To calm the baby down amid the chaos at the airport, Gee blew softly on the little girl’s face and smiled at her.

"She loved that she was making a difference, and she honestly would’ve given her life for that one single baby," Juels said.