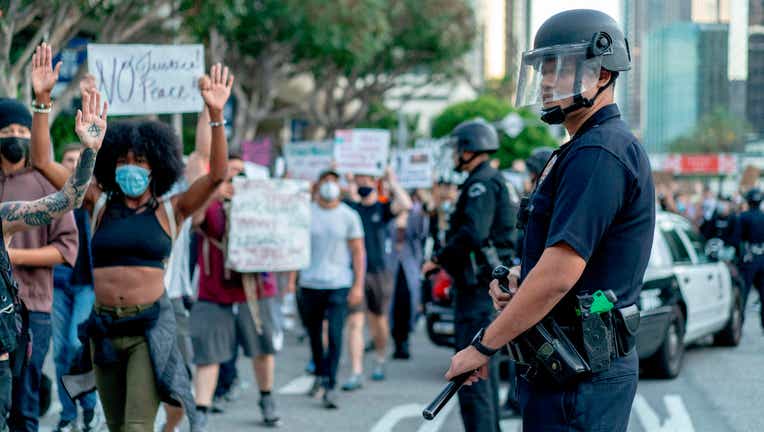 LOS ANGELES - A motion was introduced Tuesday that seeks to develop a crisis response team that would respond to non-violent calls for service within Los Angeles in place of law enforcement officers.

"Today I, alongside my colleagues, will introduce a motion to replace LAPD officers with unarmed, non-law enforcement agencies who will be responsible for responding to non-violent calls for service," Wesson wrote in a post on Instagram.

The motion instructs the Los Angeles Police Department to work with the county's Department of Mental Health, Los Angeles Homeless Services Authority and other government agencies to respond to non-violent incidents, such as drug abuse and incidents related to mental health.

Wesson said he agrees with backers of the Peoples Budget LA -- a coalition of groups that want to defund the police -- that "we need to reimagine public safety in the 21st century. One which reduces the need for armed police presence, especially when the situation does not necessarily require it," he said.

The People's Budget seeks to cut the police budget by 90% and use those funds for mental health, housing and other services, but Wesson has not publicly stated the specifics he supports.

The motion would include diverting nonviolent calls for services, such as neighbor disputes and others from the LAPD to the appropriate non-law-enforcement agencies.